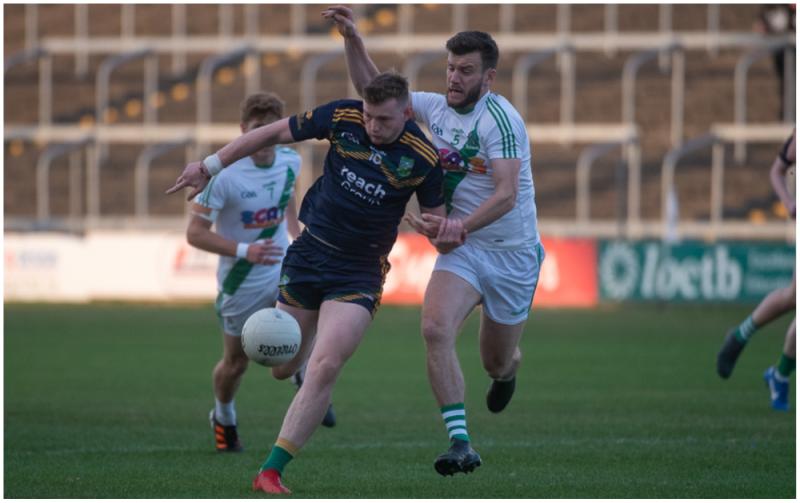 The Laois GAA Gaelic football relegation playoff between Ballylinan and Killeshin was abandoned due to a serious injury incurred by Ballylinan's cornerback Michael Downey.

The incident happened half way through the second half during an incident in which Killeshin were awarded a penalty. There was deep concern on the MW Hire O'Moore Park pitch for Downey who seemed to have suffered a serious leg injury.

A long delay ensued which involved a delay of up to an hour waiting on an ambulance to come to the Portlaoise grounds.

The horror injured marred what was a exciting clash between the neighbouring clubs.

Gary Walsh opened the scoring for Ballylinan after a scrappy opening six minutes. Killian Roche immediately responded by sending over the opening Free. Eoin Lowery and Gary Walsh traded points to leave the scores at two points each after 10 minutes

Two minutes later Ballylinan's Walsh took a long-range shot that fell short but Cathal Dunne was waiting inside to fist it into the net. Cathal Dunne followed up his goal by winning a mark deep and duly converting. He was beginning to look like a real handful for the Killeshin defence.

The game was stop and start and there were plenty of silly unnecessary fouls being conceded by both sides. Killeshin came close to getting a goal of their own as Adam Deering's long-range effort clipped off the inside of Tom Wrights's post.

Cathal Dunne extended Killeshins lead to two points before Alan Farrell added another. Dunne of course would have the final say of the half converting his second mark to bring his first-half total. Ballylinan was overall the better team in the first half, great energy and pace was being injected by Alan Farrell and Pauraic McEvoy, but Cathal Dunne looked to be in a league of his own and was causing huge problems inside.

The sides went in at half time with Ballylinan leading by a score of 1-6 to 0-5.

In a similar vein to the first half, Gary Walsh opened the scoring for Ballylinan. Killishin would hit back though thanks to two absolute cracking points from Adam Deering to bring the margin back to two points. Deering would then follow up with a third point soon after before Mark Mcdermott levelled the scores up. Soon after Gary Walsh found himself through on goal but opted to take his point.

Eoin Lowery put Killeshin level again on 45 minutes. Two minutes later and a ball was scrambled into the Ballylinan area and Adam Deering got a boot on it to see it through to the back of the net. Then in the very next play that man again, Adam Deering, got fouled in the box. A penalty was awarded to Killeshin which had all the momentum and had the crowd behind them as well.

However, there was a long break in play as the Ballylinan cornerback Michael Downey, who was involved in conceding the penalty, was injured and needed immediate medical attention.

There was considerable concern for the Ballylinan man as stretchers and blankets were brought on. Finally, after over an hour's delay, the ambulance arrived and Michael was stretchered in.

It began to circulate around the ground that unfortunately, it appeared that Michael had broken his leg.  It was then announced that the match was abandoned. The match will be replayed at a later date.