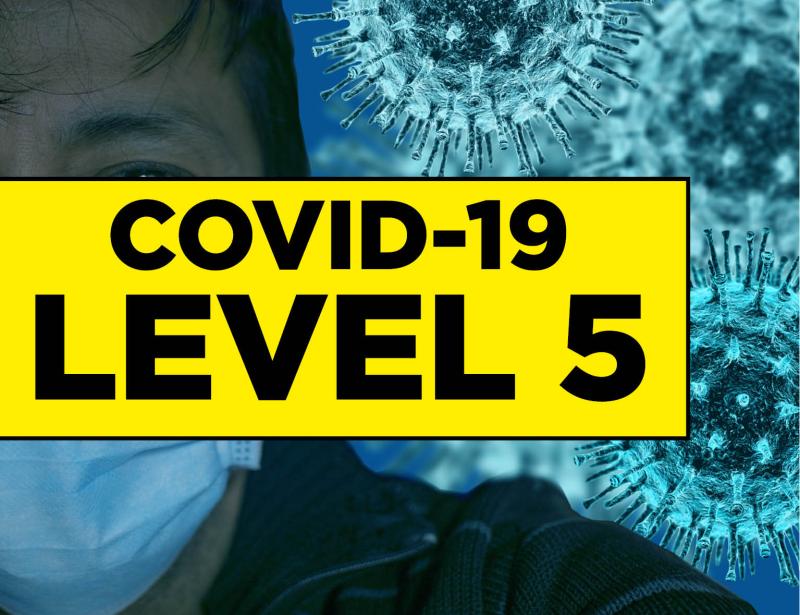 Progress made in driving Covid-19 out of Laois has slowed as the incidence has risen with the number of new cases nearly doubling during St Patrick's Day week in the county.

Evidence of a slowing in the substantial progress made during March is contained in figures published by the National Public Health Emergency Team and HSE.

The incidence of the virus in Laois dropped rapidly in the first two weeks of March to 93.3 per 100,000 of the population. There were 79 new cases in the two weeks to March 13. The daily average was four new cases a day.

Updated figures to March 20 show that while there has been progress, it has been slower. The Laois 14-day incidence rate was 85 per 100,000, due to 72 new cases in the previous two weeks. The daily average doubled to eight cases a day last week due to a number of double-digit daily rises. The incidence was below the national incidence of 155.3 per 100 k.

A total of 44 new cases were confirmed in Laois in the seven days to March 20. This contrasts with just 24 in the county in the previous week ending March 13.

The Laois experience so far in the third wae contrasts sharply with Offaly and Kildare. Offaly has the highest incidence in Ireland while Kildare is fourth from the bottom of county table. Laois was placed under tighter restrictions last August after big outbreaks in the other two counties spread across the county boundaries.

Neighbouring Kilkenny, which at one point had one of the worst incidences of the virus, now has one of the best containment records.