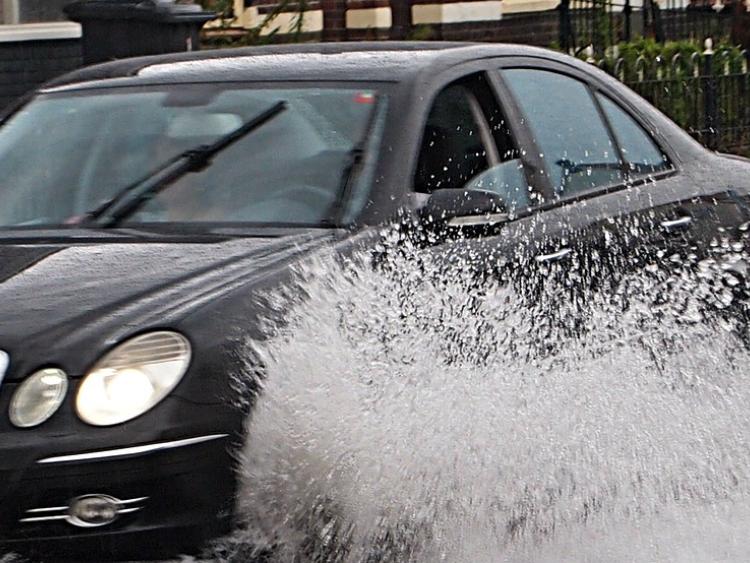 Heavy rain will turn to showers in the afternoon caused flooding

AA Ireland has urged drivers across the country to exercise additional caution when travelling over the next 24 hours, as several counties have experienced significant flooding following heavy rainfall earlier today.

Among the counties worst affected according to AA Roadwatch updates are Cork (particularly north Cork), Tipperary, Laois, Sligo and Kerry.

The AA says motorists in the affected regions are being encouraged to reduce their speed, allow extra distance between themselves and other road users, and to be on the lookout for cyclists and pedestrians who may be blown off course by gusts of wind.

“While most of us are working from home and roads are quieter as a result, there are still many people out there who must continue to commute to work in essential sectors or who must undertake necessary journeys this evening and tomorrow. The weather isn’t necessarily out of line with what we would expect to see in November, but several areas of the country are experiencing problems with flooding so motorists must remember to drive in accordance with the local weather conditions,” Conor Faughnan, AA Director of Consumer Affairs stated.

“Despite the reductions in traffic volumes, we have seen a high number of breakdowns reported to our AA patrols today, particularly in counties affected by flooding. We would encourage people to only attempt to drive through flood water if you are sure of how deep it is and, if your car does break-down avoid propping your bonnet open while you wait for assistance. It will be much harder for our patrols or your own mechanic to restart your car if the electrics are soaked from rainfall.”

The AA has provided additional information on driving in heavy rain or flooded areas on its blog.

Laois was not included in weather warnings issued for Wednesday's rain but the neighbouring counties of Carlow, Tipperary and Kilkenny were placed under a Status Yellow alert.

The forecaster says rain affecting parts of the north and east will ease early tonight with a mix of clear spells and showers extending from the west. It will also turn colder with lowest temperatures of 2 to 5 degrees in moderate westerly breezes, backing southerly and freshening on Atlantic coasts overnight. A few mist or fog patches forming inland.

Met Éireann says it will be mostly dry on Thursday with just isolated showers and some sunny spells developing. However, cloud will thicken from the west during the morning with outbreaks of rain developing in some southern, western and northwestern areas.

It looks set to hold predominantly dry elsewhere during daylight hours with just a few light showers. However, rain will extend nationwide during the evening. Highest temperatures of 10 to 13 degrees in fresh to strong and gusty southerly winds, near gale on Atlantic coastal regions.

The outlook for the rest of the week is for unsettled weather to continue featuring rain and showers while it will be windy at times over the weekend.

Our Atlantic chart shows precipitation and pressure forecast in 6 hour intervals for the next 7 days.https://t.co/9Giuj4CR5m
The national forecast and the outlook for the coming days available here. https://t.co/9gKN6SVok4 pic.twitter.com/DEltwQHiD8