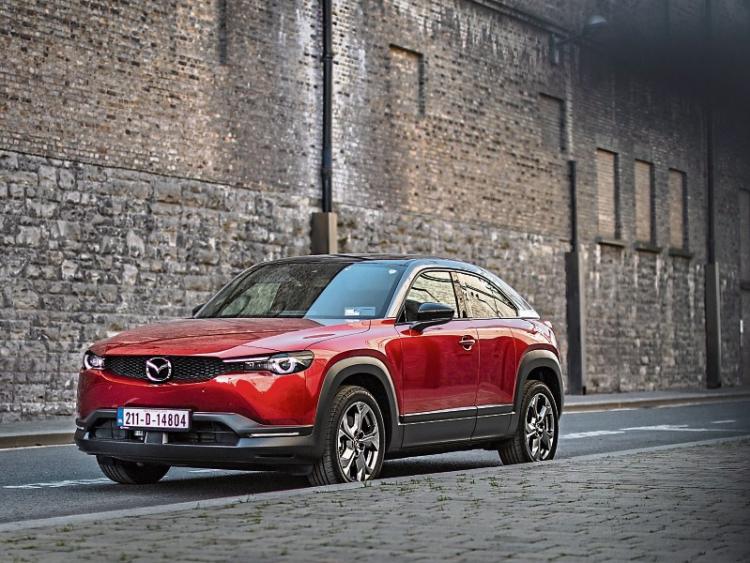 Let's start with some hard facts! The total carbon footprint of an EV (Electric Vehicle) is often greater than that of a car powered by petrol or diesel! Why? Because the manufacturing process of the EV in particular the batteries is very carbon unfriendly but of course no one wants to talk about that in this crazy push by governments to get everyone to drive an EV.

Remember unless the factory building the EV is carbon neutral, unless the materials used to build it are carbon neutral and unless the electricity supply you plug it into is from renewable sources (over half of ours not!) then your EV is actually creating a larger carbon footprint (and thereby polluting more ) than a conventional petrol or diesel. One manufacturer has now admitted that their latest EV produces 1.5 times the carbon footprint of their similar petrol or diesel model. So let the hysteria about saving the planet be based on some real facts.

Mazda, always known for innovation and not following the herd have recognised this and they have decided to produce an EV that is not as hard on the environment in its production as others.

This car is the new MX-30 a 5-door urban SUV. Mazda realised that the race for range among manufacturers of EV’s is not good for the planet as the large batteries required for this greater range are very environmentally unfriendly. Their research showed that most people don’t need a huge range and therefore a car with a lighter, smaller battery (which has a smaller carbon footprint) is the way to go.

The new MX-30 is distinctive and does look well. I like the fact that it sits well into the Mazda family without the quirky features of some EV’s.

Mazda strangely did opt for the somewhat odd rear door design last seen in the RX8 where the tiny rear doors are hinged at the front rather than at the rear as is normal. This makes access to the rear a bit of a struggle and the rear doors can only be opened if the front door is opened first. Therefore a rear seat passenger cannot get out until someone physically opens the front door.

Typically Mazda is top quality, with a few unusual design touches such as the use of cork in the centre console and a felt like trim on the doors.

That said it all comes together rather nicely. This interior outclasses most other rival EV’s. There is the usual central screen on top of the dash operated by a handy rotary controller and a separate lower touchscreen for the climate controls. The instrumentation is thankfully superb with clear unfussy analogue dials.

There is a host of standard kit from driver alert systems, to heated seats, electric folding mirrors, and even a warning system to alert the driver of crossing rear traffic when reversing.

Accommodation is great up front but quite cramped in the rear and not helped by the awkward access with those doors. The boot is pretty good though.

What's under the bonnet?

Well an electric motor! The car has a 35.5kWh battery and a claimed range of 200km. However in reality the most I got from a full 100% battery charge was a start out range showing 180km and more often 168km. However once on the go that often shrunk to as little as 140km if motorway driving was included. Mazda claim they are clearly qualifying customers to understand that due its limited range the new MX-30 will only suit a certain buyer, those who realistically do less than 140km or so a day. This car is a perfect second car for urban use. Its quite limiting for anything else.

Great credit to Mazda here. As it's lighter than most EV’s due the smaller battery it rides and handles really very well. It's a nice car to hustle along a country road and its super quiet and supremely comfortable.

Quirky rear doors aside this is a lovely car, with the caveat that it really is for urban use only due its limited range. If you can accept that then the new MX-30 deserves serious consideration for those considering an EV. Priced from €30,975.