Where does this leave the GAA garlands that adorns many cars? 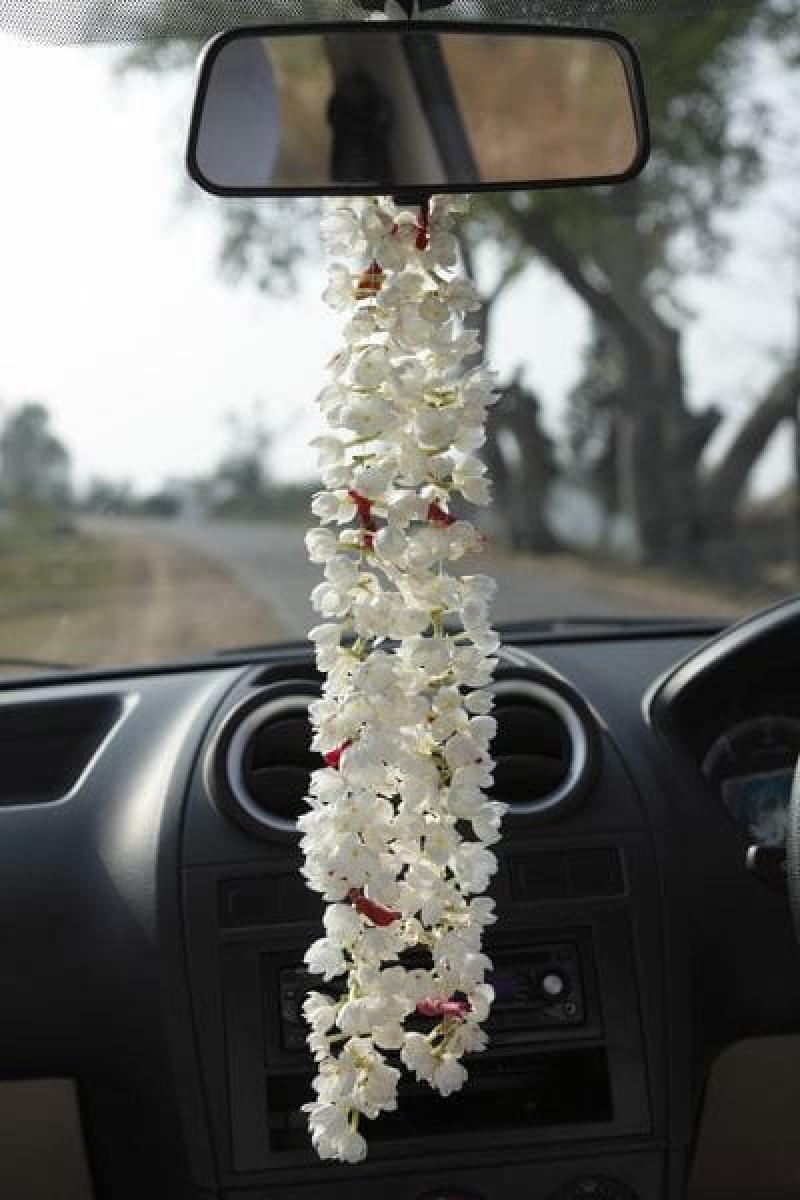 They may look lovely but Gardaí have issued a stern warning to motorist who've  decided to adorn their windscreens with colourful garlands.

Gardaí issued the caution to drivers to take down their garlands from car mirrors due to possible visibility implications.

"Many people hang a small air freshener or similar from their car mirror and this doesn't cause any issues," gardaí stated.

"What does cause an issue is this new fad of hanging a colourful garland from the mirror that blocks significant view of the road ahead. Many of our Roads Policing members have cautioned drivers for this in recent months," said Gardaí.

The guards say fines are on the cards.

"Unfortunately the message isn't getting through and the next step is issuing Fixed Charge Notices or, more seriously, a summons under the Section 11 of the Construction and Use of Vehicles, Road Traffic Act 1961."

The penalty applied may be €1000 for a first offence and €2000 for second or subsequent offence.

"MODIFICATIONS TO VEHICLES WHICH MAY IMPACT ON THE SAFETY OF OTHER ROAD USERS ARE ILLEGAL AND UNNACEPTABLE," gardaí added, before noting that 'visibility of the road ahead is essential for safe motoring to keep all road users safe'.

The warning was issued by the Carlow, Kilkenny, Wexford Garda Division.