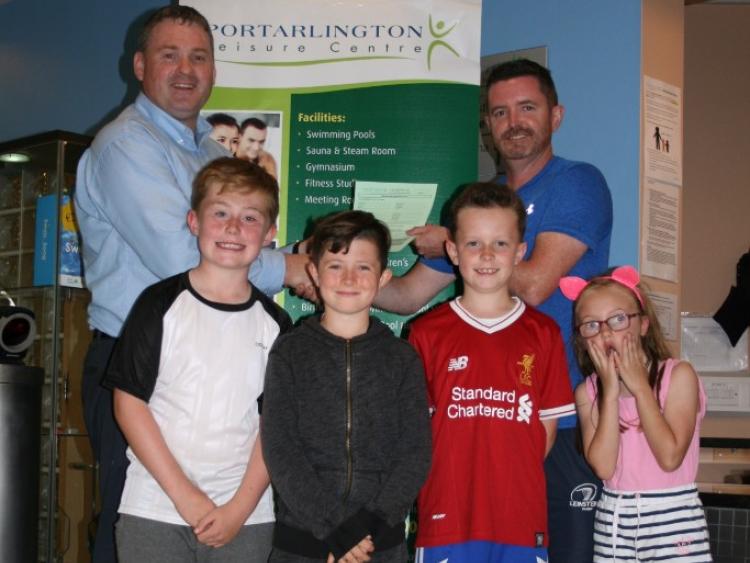 After a gruelling battle, Port's Fittest Family was crowned over the weekend at the Portarlington French Festival.

Barry Rainbow and his children Samuel and Jasmine accompanied by friends Luke and Jordan completed eight tasks in the fastest time of sevens minutes and seven seconds. 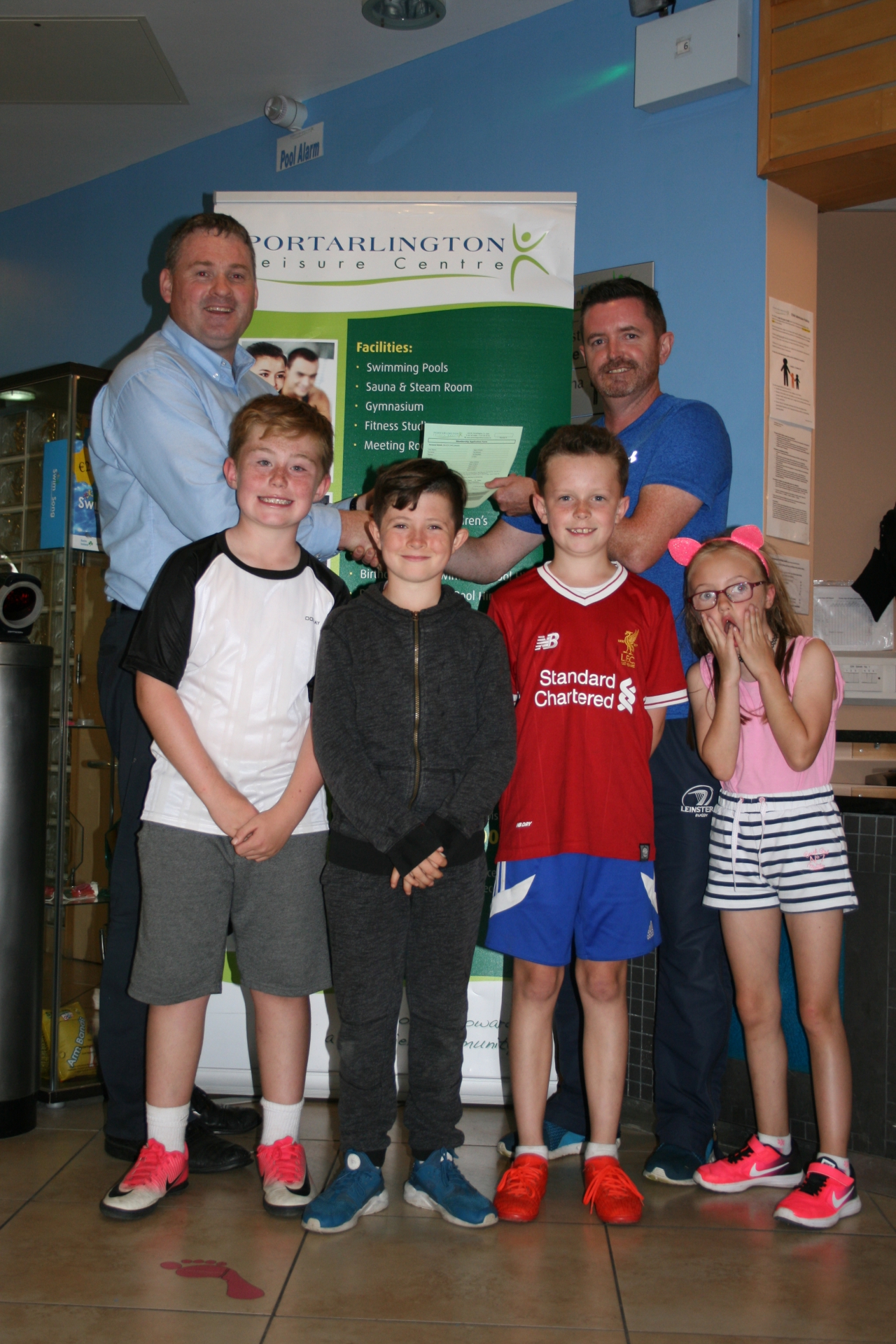 Four families took part in the challenge which consisted of eight tasks each family had to complete as a team.

"I was down playing with the kids and they asked me if I would do it so i said why not," said Barry Rainbow.

"A few bits of it were tough, it was geared towards smaller children but I found the rowing the toughest," he added.

The eight tasks that had to be completed were as follows:

250m Row on the Concept rowing machine (1 person)
Soccer skills, dribble around cones and score a goal (4 people)
Stepping stones: Get your team members from one end to the other without touching the astroturf (3 people)
Bench Press - 30 reps (1 person)
Dress the manikin – collect the polo-shirt, goggles, arm-bands, swim hat and dress the manikin. (4 people)
Medicine Ball Movers: A lightweight version of the Atlas stones, move each of the medicine balls to the other end of the pitch. (4 people)
Hoop Time: Score a basket to each family member to start their inflatable obstacle run. (1 person)
Inflatable Obstacle course: All 4 family members complete the inflatable obstacle course together.

Events one to four were timed from start to finish and recorded on the scoreboard for each team.

Following a well-deserved short rest the families then moved onto tasks five and six with some funny moments as people attempted to dress the manikin.

The kids did a lot of the gathering while the parents seemed particularly good at organising the collection and dressing the manikin. Again the times for events five and six were recorded. T

The family’s moved on to Hoop Time and Inflatable Obstacle Course. While the NBA draft probably will not feature anyone from the event, there was very efficient scoring and finished with some exhilarating runs through the inflatable obstacle course, often with the children helping their parents up over the slide.

Portarlington Leisure Centre Manager Seán Quirke was on hand on the day organising the event.

"Portarlington Leisure Centre decided to do its part to help boost the amount of free family activities available as part of Festival Francais de Portarlington and we thoroughly enjoyed the event. Apart from the event itself, we had lots of follow up use of the inflatable obstacle course, the astroturf pitches and some of the event equipment by many people from the park and who were watching the event. Congratulations to the Rainbow family on their fantastic performance, their great teamwork on the day and on their prize, an annual family membership to Portarlington Leisure Centre worth approximately €900," he said.

See some of the staff at Portarlington Leisure Centre demonstrating the tasks here.