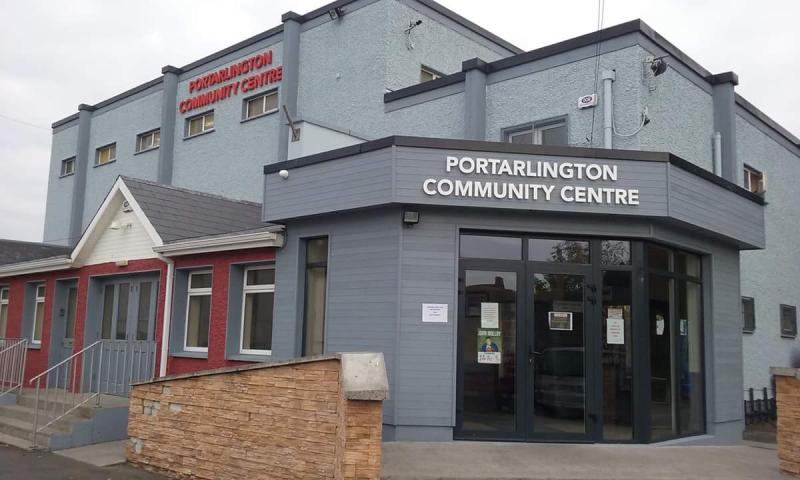 A new public carpark at Portarlington Community Centre, is in "pitch dark" beside the Barrow river.

The carpark which also has a temporary loose stone surface is not safe at night to use, says local councillor Aidan Mullins.

He has submitted a motion to Laois County Council to install lights around the leisure centre and community centre, but particularly in the carpark beside the community creche.

"These are all in one area, and it has totally inadequate public lights. None should have been built without infrastructure. I had to use my discretionary fund to get one miserable light last year. Nobody can use it, they would be walking in darkness beside the river. It is pitch dark unless it is daylight," he said.

Cllr Mullins also wants them to repaint the road surface and install a sign to remind drivers of the one way system around Portarlington Leisure Centre.

"Do the job once and for all, not this piecemeal approach. It's a one way system but the markings are gone off the road. You have people coming against the traffic. We will still have idiots behind the wheels of cars that choose to go the wrong way," he said.

He was seconded by Cllr Paschal McEvoy, with Cllr Tom Mulhall speedily backing the motion too.

"All this work has to be done eventually so it is cheaper to do it all in one go. A carpark with no lighting makes no sense," said Cllr McEvoy.

"This is a temporary surface," noted Cllr Mulhall.

The area engineer John Ormond said there was not enough money last year to do the full job.

"I have met with the ESB on site to determine its requirements for a public lighting connection. A cost estimate is being prepared and funding will be sought," he said.