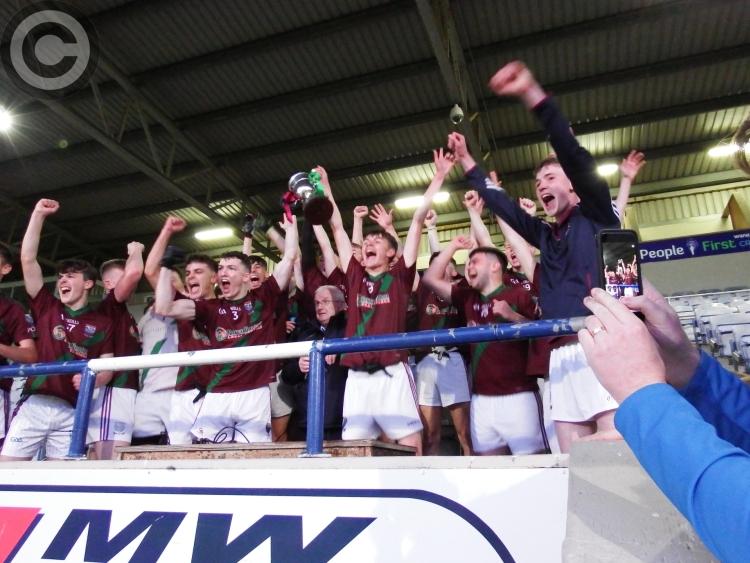 Portarlington minor footballer Ronan Coffey is acclaimed by teammates after being announced as Man of the Match in the Laois Minor Football Championship final in O'Moore Park Portlaoise.

What is sure to be a great night takes place on Friday, January 26 in The Heritage Hotel Killenard where the winning members of the 2017 Minor & U-21 teams will be presented their County Championship medals.

Music on the night and it promises to be a great night. Tickets are €40 are on sale from Darren Bracken, Niall Slevin and Adrianne McCarthy.

Meanwhile, the club's AGM was held on Friday, January 5 and the following officers were elected for 2018.

In other news, the club wants members to support the Laois County Draw. Tickets are on sale with four monthly draws with prize money of €100,000 to be won.Tickets are €130 and be paid by monthly installments and are available from any committee member.

This is the club's main yearly income and would encourage people of the town to support the club with this draw.

The combined club lotto tickets are on sale every week with the jackpot up to €12,000. Tickets can be purchased from The Pint Of Port, Burbages, Spars Station Rd, Luttrells and any committee member.

The club also says bingo continues every Tuesday 8.30pm in the GAA Centre with €2000 in prize money to be won.