People of Portarlington give back to community man Terence Lawlor 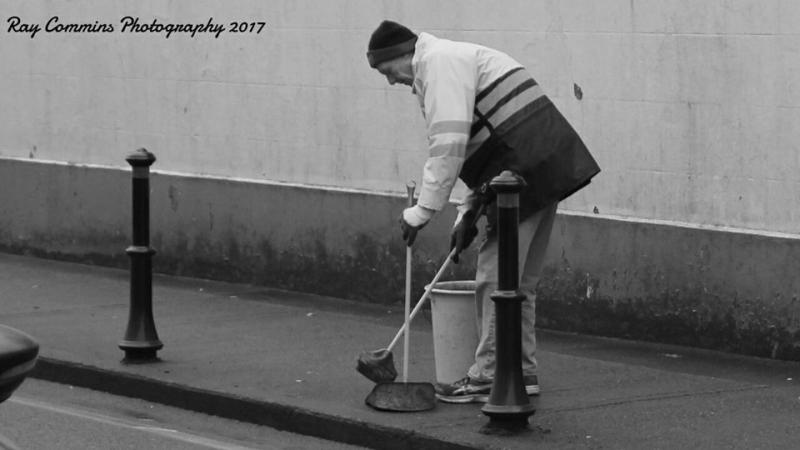 People in Portarlington have given back to local man Terence Lawlor to thank him for the tireless work he does in the community.

The idea to hold a fundraiser for Mr Lawlor came from a young man Dominic Dooley and it was organised through the People of Port Facebook page.

A Credit Union account was set up and word was spread around the town that there was an opportunity to thank Mr Lawlor for his constant work cleaning the town every day.

He is a well known character in Portarlington and people in the area cannot praise Mr Lawlor enough for the work he does.

Terence, who was Portarlington Person of the Year in 2015, picks up litter and cleans the town every day voluntarily in his own time. He often goes out in the early hours of the morning before businesses open to clean the streets before other people start their day.

Manager of the Credit Union, Michael McEvoy recently handed a cheque to Terence on behalf of Portarlington and surrounding areas who donated.

To show their gratitude, a collection was organised through the People of Port community Facebook page. A post written on the page said that Mr Lawlor was delighted with the gift from the community.

Manager of Portarlington Credit Union, Michael McEvoy recently handed over a cheque to Terence Lawlor on behalf of the People in Port and surrounding areas who donated to a fund to acknowledge the work Terence carries out on their behalf every day.

The idea is that Mr Lawlor will be able to spend a few days away using the money if he wishes.

A 'Terry Lawlor Appreciation Night' is also being organised for April in order to add to the funds. The community want to get enough money together to send Mr Lawlor to a soccer match in Manchester if he would like to go.

The appreciation night will be held in April, a date is yet to be confirmed. It will be a mix of a quiz/race night followed by Peter McEvoy disco.

Harry Murphy is planning the appreciation night and said that tickets for the night will be €5 including entry into a draw on the night.

"The plan is to have Terry and family present to publicly show our gratitude for all he does for community. It is hoped to send Terry to game in Manchester and provide meal vouchers and menswear vouchers," he said.

In October 2017, Mr Lawlor was issued with a dog fouling fine despite the fact that he cleans the streets every day.

After huge community outrage, the fine was dropped.