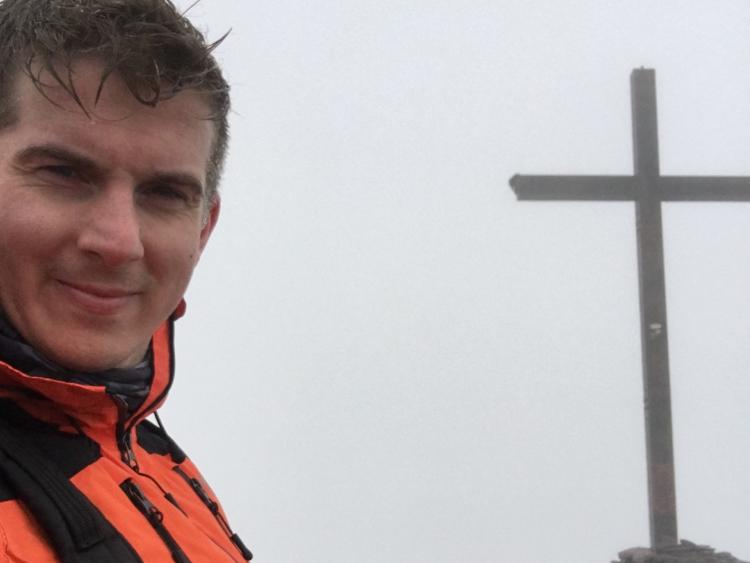 Ciarán Kiely at Glendalough during his training

A young Portarlington dad is preparing to climb Kilimanjaro, to raise money for cancer support.

Ciarán Kiely, 32 from Gracefield, has climbed “almost every mountain in Ireland” to train for his epic attempt at what is the highest freestanding mountain in the world.

“I’ve climbed the Slieve Blooms about ten times but nothing prepares you for this. Ireland’s highest mountain Carrauntouhill is 1,000 metres above sea level, but in Tanzania, we will be starting at 1,000 metres, and climbing to 6,000,” said Ciarán, dad to Darragh, aged 4.

He will be part of a group of 15 from Earth’s Edge, along with a guide and a doctor.

“It’s as much a mental as a physical challenge. Much higher than than and you would need oxygen, if people feel unwell they are sent back down,” he said.

The terrain will go from 35 degrees in jungle rainforest, up past bare volcanic rock, to snow and glaciers. They will climb six hours a day for seven days, with the final day being 15 hours up to the summit, resting for about half an hour, then and back down to camp.

Ciarán, who works in a building company in Kildare, heads off this Saturday February 3.

“I am excited to get there now, I just hope to come back in one piece,” said Ciarán.

He thanked his friends and family for their support, including his mother Carmel, father Pat, brother Sean and sister Orlaith.

Ciarán’s fundraising account is called Ciarán Kilimanjaro Trek, in aid of the Irish Cancer Society. He chose it  at the request of his mother, a cancer survivor who found great support through the charity.