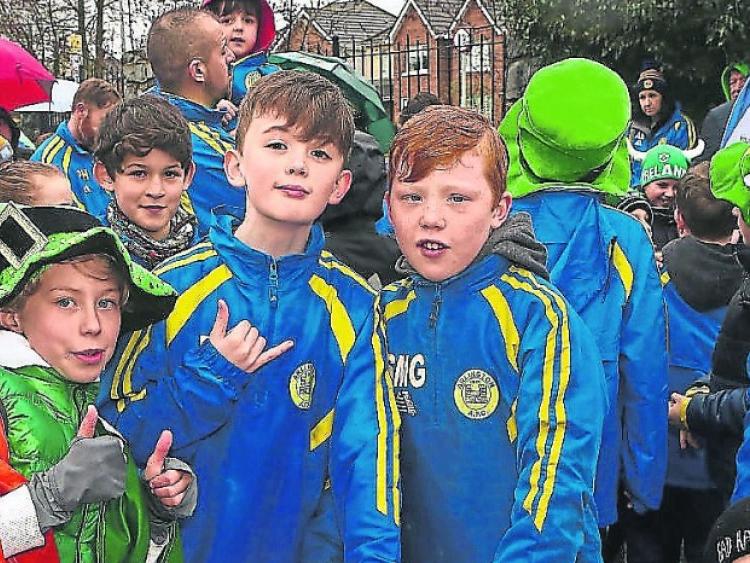 The St. Patrick's Day parade in Portarlington will follow a new route this year.

With new organisers on board this year the Portarlington community can expect some changes with a fantastic parade planned.

The parade this year will kick off from Station Road, Portarlington with all groups and clubs participating meeting at this point at 2.30pm on Saturday, March 17.

The parade will begin on Station Road and continue down main street, the band stand will be located in the square.

The parade will march around the link road and back to the People's Park. The park is the collection point for any parents meeting their children who will be marching on the day.

The celebrations are expected to go on until the evening time.

The parade theme this year is Culture and the Irish Language.

PRO for the parade committee, Sharon Dunne, told the Leinster Express that the usual committee were not able to commit to the parade this year due to a variety of personal reasons and those left were "over-stretched".

A new committee has been formed and the parade will go ahead.

People in the Portarlington community have put themselves forward to help. The committee still needs volunteers to help steward on the day. Parents are asked to join in and march with their children's clubs, groups and teams. 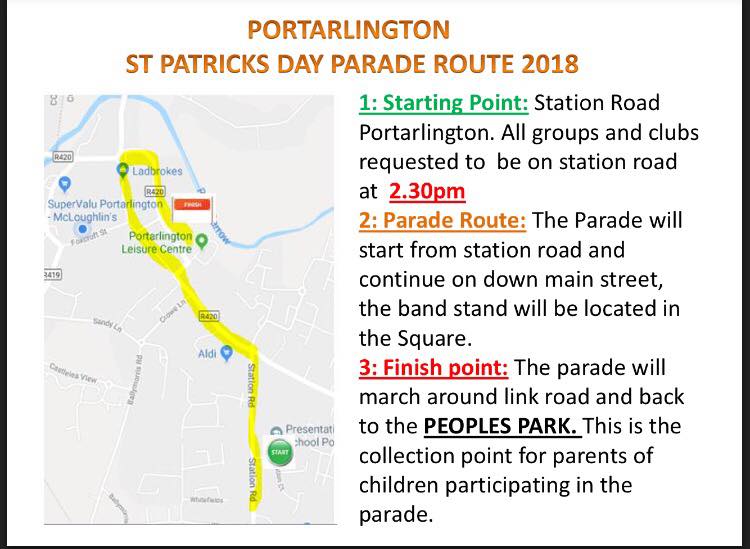