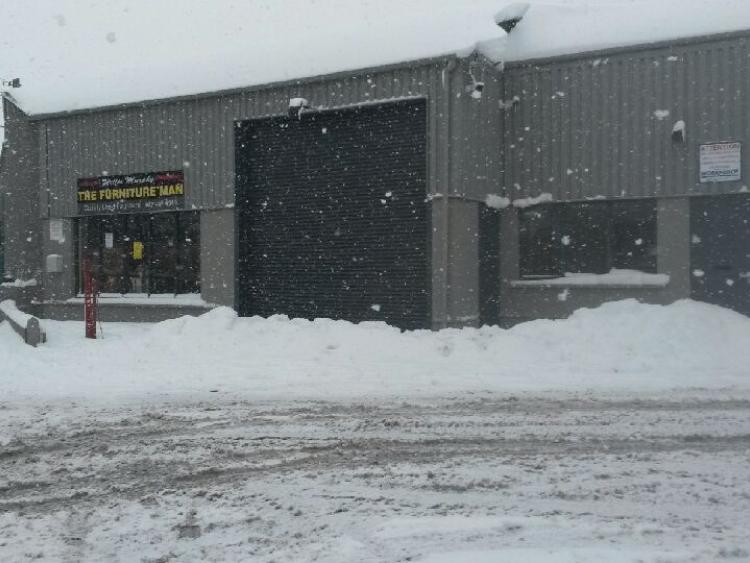 Storm Emma brought Portarlington on the Laois Offaly border to a standsitll and was worse than the last big snow storm in 1982, locals told the Leinster Express.

"Roads in town were passable with little traffic out. Most back roads and roads outside town were impassable. Most shops and supermarkets are closed with a few exceptions.

"Paths are very dangerous. Reports of water problems and electricity but seem to be very localised," he told the Leinster Express.

He remembered working at the time and being able to get around but he said the 2018 event was much worse and it was nearly impossible to get out and about.

"I went out but came in quickly. You wouldn't stick it out there. I've never seen anything like it," he said on Friday at the storm's peak.

The local furniture business man said he hadn't been able to open his shop since Tuesday this week and doesn't expect to be back open until Tuesday of next week. He said there was two feet of snow in the yard of his shop.

Mr Murphy said his wife had not been able to make it to work in Portlaoise hospital where she is a nurse because of the roads were impassable.

"The town was at a standstill. There were very few moving around," he told the Leinster Express.