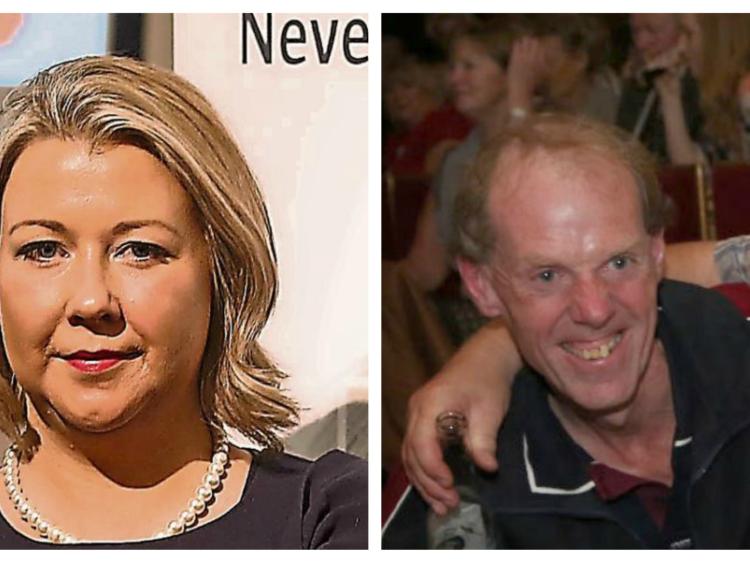 Plans are underway across the county to put the finishing touches on parades and festivals ahead of St Patrick's Day this weekend.

A new committee in Portarlington has worked tirelessly to organise a great day of events and two Portarlington heroes are set to be the Grand Marshals for the parade this year.

One of the best known campaigners for road safety in the country, Gillian Treacy, and community hero Terence Lawlor will be Grand Marshals for this year's parade.

Both Ms Treacy and Mr Lawlor will be honoured with certificates of achievement for their different contributions to society and Portarlington.

Gillian has become one of the best known campaigners for road safety in the country.

Unfortunately, it was a role that she did not seek but it followed the death of her three year old son Ciaran in a car crash in Portarlington, caused by a drunk driver, in 2014.

It also left Gillian badly injured with a crushed leg which required many operations to avoid amputation.

After having it surgically re-broken and put in an external brace last year, she is now able to walk unaided, albeit with pain.

Gillian is ready to now play an even bigger role in road safety.

She was recently appointed as a Board Director with the Road Safety Authority (RSA), and she hopes she can help prevent further lives being lost due to drink driving on Irish roads.

While Gillian will not be available to take part in the parade on the day, she will be honoured with a certificate of achievement from the St Patrick's Day committee.

Terence Lawlor is well known in Portarlington, and many people in the area, including business owners, cannot praise Mr Lawlor enough for the work he does.

Terence picks up litter and cleans the town every day voluntarily in his own time. He often goes out in the early hours of the morning before businesses open to clean up after people the night before.

During the year, members of the Portarlington community held a collection to raise money for Mr Lawlor to thank him for all his work in the community.

The community man was fined for dog fouling during the year but after an outpouring of local anger, the fine was dropped.

Terence will also be honoured with a certificate of achievement from the St Patrick's Day committee and will take part in the parade if he is available on the day.

The theme of the Portarlington parade this year is “Culture and the Irish Language”. There will be music and entertainment before and after the parade in the main square.

Irish dancers, scouts, GAA groups and a Lithuanian group are among those who will march in the Portarlington parade as well as local business floats. Birds of prey, a bumble bee bus and face painters will entertain crowds both young and old.

Committee PRO Sharon Dunne said there is a great buzz ahead of the parade.

“The parade and the day is all about representing local clubs and groups in the community and it is really a great day for kids,” she said.

Celebrations will kick off a little later in the day in Portarlington, all groups taking part are to meet at Station Road at 2.30pm with the parade due to move around 3.30pm.

Stewards will direct traffic while the parade is on.

Main Street will be closed off from 11am on the day, anyone who parks on Main Street is asked to move their vehicle to allow the parade a clear route through the town.

The parade will follow a new route this year and all information about the parade can be found at the Portarlington St Patrick's Day parade Facebook page here.