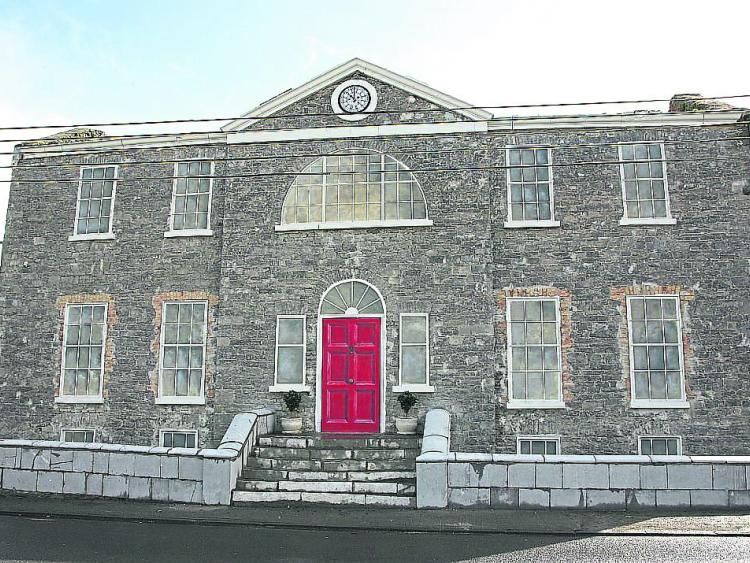 Arlington House on Foxcroft St identified is one of eight opportunity sites in Portarlington for redevelopment.

The newly published Draft Joint Local Area Plan 2018-2024 for the border town is a joint effort by Laois and Offaly county councils. They say it has been prepared in the context of a longer term vision for Portarlington.

"A sequential approach will be taken to the development of the town, with lands closer to the town centre being developed prior to zoned lands on the periphery so as to avoid “leapfrogging”.

"With this in mind, the zoning of the significant landbank to the north of Patrick’s Street on the Offaly side of the town has changed from “Town Centre/Mixed” in the previous plan to “Residential 2” in this plan which encourages the consolidation of the existing town centre," says the plan.

The plan says such an approach is essential to underpin the sustainable delivery of population and employment development and consolidation of the town centre over the plan period.

The council says the consolidation, brownfield and infill development will also be promoted on appropriately zoned
land within the plan area which accords with the policies and objectives set down in this plan.

A key part of the plan is the development of eight sites whose develop can contribute to "the renewal, enhancement and regeneration of the particular areas of the town in which they are located".

These areas have been identified for various reasons such as dereliction, under utilisation of land and lands that would be readily adaptable for new uses.

The councils say the site areas or boundaries have not been identified definitively and can be modified to include other key sites. Additionally, other opportunity sites not listed can be presented for appraisal under similar criteria.

The draft plan says some of the sites may be owned by different parties and would require an element of site assembly for a coherent development strategy to progress.

Have your say on the development of Portlaoise, Mountmellick and Portarlington Draft Local Area Plans Published - https://t.co/lvO7MDBUnc - pic.twitter.com/0kOB8C8oDz

This approach to re-development will be encouraged over a piecemeal approach.

The plan reveals that Portarlinton's population since 2002 has doubled to more than 8,000. It also highlights the high number of people leaving the town fore work and aims to address this.

It says the the creation of sufficient employment opportunities in Portarlington is 'fundamental' to build a sustainable community and reduce the rate of outward commuting. It says Portarlington’s unique location on the regional road network, intersection of the national train line and proximity to the Greater Dublin Area, in conjunction with the zoning and servicing of cost effective land and good quality high speed broadband is of major benefit to attracting economic development to
the town.

Future development proposals are contingent on key infrastructure including a town relief road to help alleviate traffic congestion in the town centre and at the pinch point on Barrow Bridge and at Kilmalogue Crossroads.

The Draft Plan is on public display between March 21 and May 8, and submissions are invited during this time from the public and interested parties.

A drop-in information session will be held on the Portlaoise, Portarlington and Mountmellick plans at County Hall on April 5 9.30am to 12.30pm.

An information session will also be held in the Portarlington Community Centre, April 12, 6pm to 8pm.

MORE DETAILS ON HOW TO MAKE A SUBMISSION