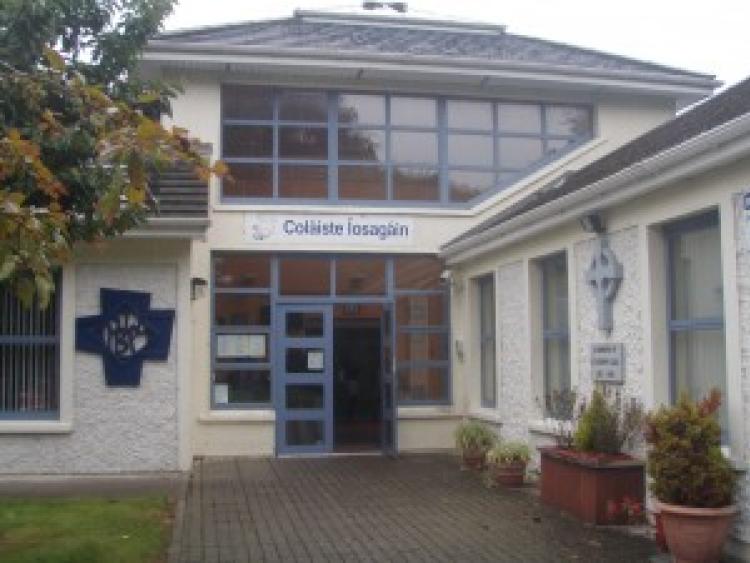 Gardaí were called to a frightening incident today at Coláiste Iosagáin secondary school in Portarlington on the Laois Offaly border.

The incident is believed to have occurred before lunch on Friday, March 23 as students as staff prepared to break for the Easter break.

The armed Garda Emergency Response Unit is believed to have attended along with Portarlington gardaí.

Locals said the saw garda rushing to the scene after midday. The school is located off the Tullamore on the Offaly side of town.

The principal Mr Seamus Bennett confirmed to the Leinster Express that the Gardaí were called.

"They sorted out a situation for us," he said.

Mr Bennett said there was "no knife and no-one injured".

"It was not a current pupil in the school. I want to quell the rumours that anyone was hurt, no-one was injured," the principal said.

However, witnesses to the incident claimed that the individual, believed to be in his early teens but of strong build, could not be restrained by teachers. It was claimed that he ran into the hall shouting and threatening pupils.

It is also claimed that the boy aggressively threatened to cause extensive damage to the school.

A witness praised the teachers for their work in preventing the situation from getting completely out of control.

The teachers ensured that all teachers stayed in their classrooms throughout. However, the boy is understood to have run into the canteen where a student debate was ongoing. It is claimed that he shouted threats.

It is claimed that he gained entry to two classrooms during the incident.

While he may not have had a knife, there is a claim that he was in possession of some implement capable of causing harm.

It is understood that the boy had to be forcibly restrained and removed from the premises by gardaí with the help of staff.

It is claimed he had been recently expelled due to a number of incidents.

Local people said the Emergency Response Unit spent a number of hours in the vicinity of the school after the incident.

Gardaí confirmed they attended the scene but declined to give further details on the operation.

The school has over 1,000 boys and girls from a wide catchment area of both Laois and Offaly. There are about 70 teachers on the staff.