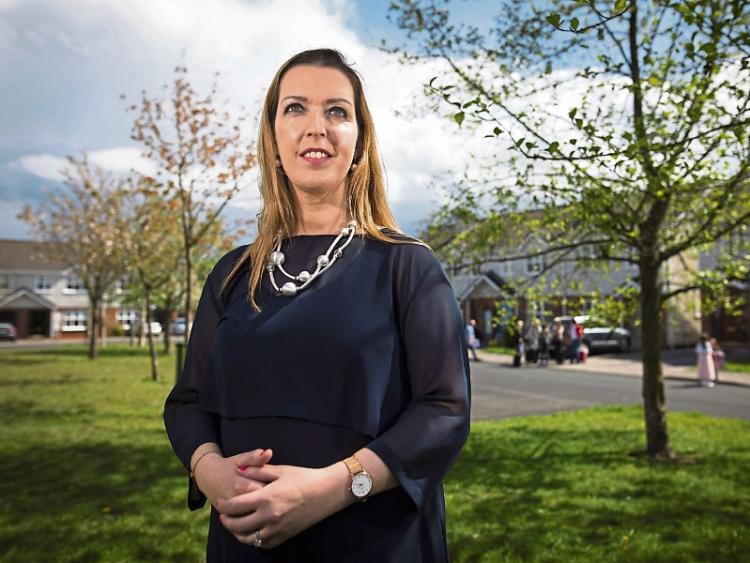 A newly-formed women’s rights lobby group will stage two demonstrations in Laois this week, in solidarity with the hundreds of women affected by the CervicalCheck scandal.

This follows Vicky Phelan’s €2.5m High Court settlement with a US laboratory last month, exposing the scandal in which 209 women in Ireland were not informed of smear test reviews.

The Standing 4 Women Laois demonstration will take place on Wednesday, May 30, at 5pm at the Square in Portarlington and the outside the library, Lyster Square, Portlaoise.

A nationwide group called Standing4Women has launched the Cervical Check campaign and will be demonstrating at Dáil Éireann and around the country.

Standing4Women is asking the Irish public to wear red and to attend their local demonstration if they cannot make it to Dublin.

The campaign aims to show the women and families affected by the Cervical Check scandal that there is solidarity behind them, they are supported and to call for immediate action by government and the HSE.

Kim Tully who lives in Portarlington took the initiative to set up the Laois branch of the Standing4Women group.

The Portarlington protest will take place at 5pm in the Square in the town centre on Wednesday, May 30. Ms Cuddy is asking women and men from all over Laois to join in the march.

“We are doing it for friends and family. We feel angry for women, there is no accountability. I knew there would be local support from women and men, husbands, fathers and brothers are affected as well,” she said.

A walk out will also be held at 5pm on Wednesday at the library in Lyster Square, Portlaoise. All are asked to attend and wear red in solidarity.

"At 5pm on Wednesday, May 30 we will #Assemble4Action wearing red, protesting all over Ireland, including outside the Dail, while our government is sitting. We implore you to show your support for the families and women affected and demand change with us. Wear red on the day, post your support on social media. Help us make as much noise so that the Dail cannot refuse to listen to us anymore."

Rosie Condra is one of the women impacted by the Cervical Check failures.

"I feel deeply let down by the Irish health service. I feel not only have I been mistreated and ignored but also my pain and hurt is being trivialised as though I truly were just a number. 209 women each and every one has a name, has a family and have a life. We need disclosure, support and most of all to be listened to. I am calling on the minister of Health and involved bodies to stop talking about me and talk to me instead," she said.

"In light of the cervical check scandal, I started this group to say that after decades of mistreatment of women in this country that we will not be lied to anymore, that we are strong and we are able to demand better.

"We want to stand together, to ask for improvements in healthcare and we will not give up until those requests are granted," she said.

The group aims to ask for relevant policy for the upcoming Bill on Mandatory Disclosure to be implemented in conjunction with an agreed timeline and an active and independent support for those affected by the scandal, including and not limited to, an immediate point of contact for those affected, and a multidisciplinary support team.

This has come about after scores of women with cervical cancer were not told that smear test results showing them to be in the clear were in fact inaccurate and the revised test results were kept from them for years.

The controversy arose after Vicky Phelan, a 43-year-old mother of two from Annacotty, Co Limerick, who has cervical cancer, settled a High Court case against a US laboratory that was subcontracted by CervicalCheck, the national cervical screening programme, to assess the tests. She received a settlement of €2.5 million recently without an admission of liability. Her case against the Health Service Executive was struck out.

Ms Phelan had a smear test in 2011 after the birth of her second child and it initially showed no abnormalities. She was diagnosed with cancer in 2014. That same year an audit of her 2011 test showed that it was not accurate. She is now suffering from terminal cancer and was told in January that she has between six and 12 months to live.

Health Minister, Simon Harris has said that women who are worried can undergo a repeat smear test at no cost. Thousands of women have contacted a CervicalCheck helpline that was set up to deal with the fallout.

If anyone in Laois has been affected by the CervicalCheck scandal and would like to share their story with us you can contact Leinster Express at news@leinsterexpress.ie