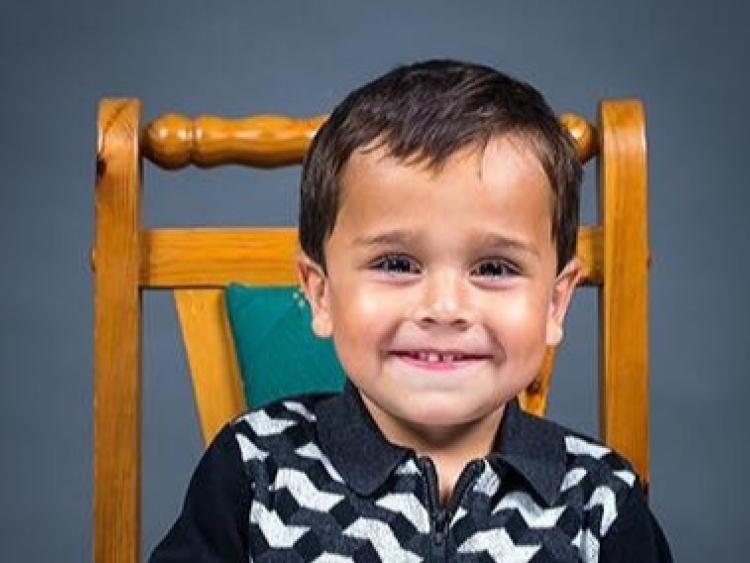 A Laois mother has said the reaction to a GoFundMe page to help her young son in his life-threatening cancer battle has been ‘overwhelming and moving’.

Charlotte Kelly from Portarlington launched the GoFundMe account just two days ago and it has already received over €4,800 in donations.

Charlotte’s son Rían was diagnosed with stage 4 neuroblastoma in January of this year. Doctors discovered a near 6lb tumour in his stomach and found that the cancer had spread to his bones and bone marrow.

Since January, little Rían has undergone intensive chemotherapy every ten days for 80 days and had two extra rounds of chemotherapy to reduce the size of his tumour.

Through all of this, Rían has continued to be a brave, happy little boy in good spirits. Charlotte told the Leinster Express, the GoFundMe was not an easy decision but it will help to cover the cost of bills and lift Rían’s spirit in the difficult times.

“When I decided to do it I just bit the bullet and within a couple of hours there was a huge response especially locally. It was overwhelming and moving, I was in tears, they were happy tears. I couldn’t believe how brilliant everyone was.

“People had suggested it to me but I wasn’t sure. There was a lot of people in town who knew but also a huge amount of people who didn’t know and I wasn’t sure about going public.

“He is going for a stem cell transplant and the bills are high, my husband will be out of work and during the next six weeks just to be able to get Rian things to keep his spirits up.

“You get to a point where you want to do anything to break up all the negative and upset feelings. Christmas is just around the corner and it seems materialistic but he is five years old so getting him little things helps to make a huge difference for him.

“His spirits are high he has no clue he is going in for a stem cell transplant. We won’t tell him much at all and we will take each day as it comes. He bounced back from his surgery. He is a jolly little fella, he gets upset, he knows things are happening,” she said.

The last six months have been a difficult whirlwind for Charlotte, her husband Asim and Rían’s ten year old brother.

“As a parent you go on autopilot, in a bubble and you get through one part and move on to the next and keep on going. The first four or five weeks we were completely numb, distraught. But you get in a routine and it becomes the new norm, you get used to the hospital appointments and they do become easier,” she said.

Charlotte thanked those who have already donated, raising almost €5,000 of the €10,000 goal in less than two days.

Donations have been flooding in from all over the country and if you want to contribute, you can do so by following this link to the GoFundMe page.