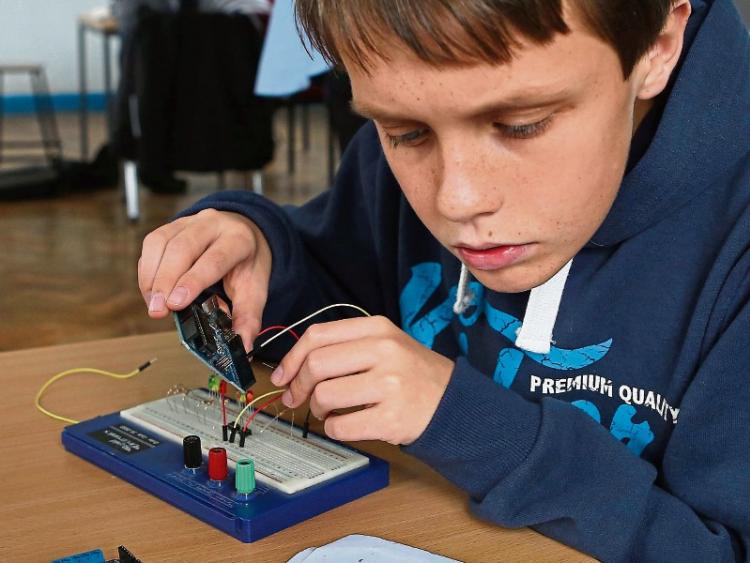 Portarlington's Coder Dojo club is resuming its high tech computer classes for autumn and has added 3D printers and a sound engineering room to spice up the mix.

The busy club based at Coláiste Iosagáin has about 90 members, aged 7 to 17 with an interest in technology.

The club is five years old and has had members go on to study computers in college.

Mark Gavin is one of the leaders, called 'champions'.

“We have several students who have gone on to study computer science in college, they have literally graduated,” he said.

The club is also going to roughly follow the curriculum of the new Leaving Cert subject Computer Science, giving its members a real edge in starting future careers.

It's maintained success lies in a volunteer ethos and the free classes he believes.

“It can be hard to make Coder Dojos sustainable, but we constantly look for new people to help. We train parents to give lessons. Because it's free, people seem more inclined to give of themselves We train ninjas to teach too which also boosts their confidence,” he said.

They invested in two 3D printers, and have the knowhow of people from MakePort, a new club in the Enterprise centre where locals can use technologies like laser cutters, 3D printers, engravers and sewing machines for projects.

“That service was born out of Coder Dojo, our ninjas will now learn to design and then make things. It's about keeping it new, teaching new skills,” Mark said.

The Coder Dojo has a waiting list of 50 and will take in about 30 new members this autumn, with priority to those whose parents will help to teach. Email coderdojo portarlington@gmail.com