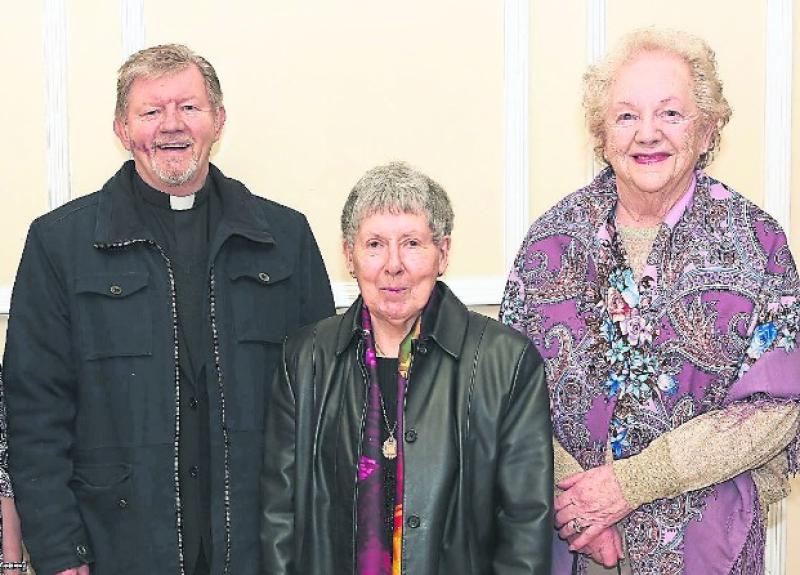 A local priest hopes that the book he has written about losing his wife and children will help others who are going through grief or difficult times.

Fr Sean Hyland from Portarlington has written a book ‘Whisperings of my Soul’ about the loss of his wife and two children earlier in life and how he gained the strength to carry on through these losses.

Tragedy struck him and his wife, Liz, early in their marriage with the deaths of their two young children Seana and Kieran.

He received help through many consolations of faith which let him know that his wife and children are close by and watching over him. In thanksgiving, he entered a seminary in Rome and has devoted the remainder of his life to God as a Catholic priest.

He now lives in his hometown of Portarlington where his wife and children are buried and is a curate in the communities of Clonbullogue and Rhode which he loves.

“I wanted to live here and minister in a neighbouring area. There is great joy in it from weekend masses, baptisms, funerals and working in the schools in small communities like these. When I go into the school it is like an oasis of peace the children are so well looked after in a small community. I couldn't have scripted it better for myself,” he said.

Fr Hyland said the process of writing was a positive one.

“Writing it was a labour of love as I was calling to memory all of my experiences with Liz and the children and writing them down I got to live them again. It was a tremendous year reliving those memories. I poured out all my feelings,” he said.

A book launch will be held in Portarlington on December 7 at McCann park GAA Centre at 8.00pm and all will be welcome.