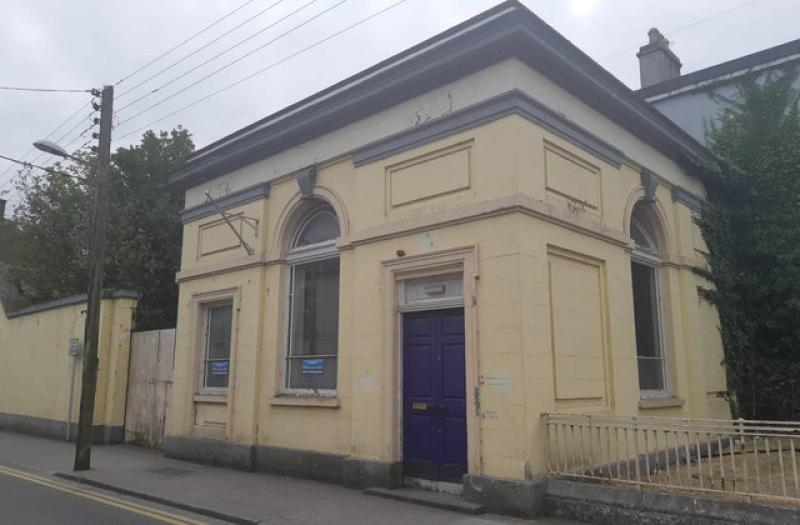 The old AIB bank on the Main Street in Portarlington which has become derelict since it was closed in 2012, could be soon restored for another use by its new owner, a local developer.

Cllr Aidan Mullins got an update at a recent meeting of Graiguecullen Portarlington Municipal District.

Drumgoan Developments bought the building and adjoining house in 2018. Laois County Council say that it in talks with the developer since last September.
The company hired an architect to do a feasibility study, and is considering possible options.

“It is expected that a meeting will be held in January to enable a possible planning application to be submitted,” the planning dept said.

Cllr Mullins accused the council planners of being negligent.
“I've tabled a number of motions on this and again the responsibility is on Laois County Council, they have been negligent. Tidy Towns are so frustrated over the lack of enforcement. The council gave the owners 28 days or they would be put on the derelict register but nothing happened,” he said.

He asked that in the meantime, the council instruct the owner to clean up and secure the old bank building and adjoining house.
“These works could take a year or longer. There is overgrowth and the windows are open. The access gate to the residential part of the old bank is constantly broken and undesirable elements are getting inside. The fear is they will set it on fire,” he said.

Cllr Mullins also requested an update on a derelict site at the top of Foxcroft Street. That site is “being reassessed” the council said.
“Contact will be made with the owner,” the senior engineer for the area Philip McVeigh said.

“Again, I’m at a loss why we don’t get a response. Portarlington Tidy Towns decided not to enter the competition in total frustration. The council should put on hobnail boots at this stage,” Cllr Mullins said.

“The Foxcroft house was left empty and vandalised, nobody took action and eventually someone set it on fire. What’s left now is a pile of rubble and brambles,” he said.

Cllr Tom Mulhall seconded his motion.
“It is very hard on tidy towns. They depend on volunteer help and have such a wide area to cover. But no matter how much good work they do, when you have properties that you don’t know who owns them you can’t touch them,” Cllr Mulhall said.