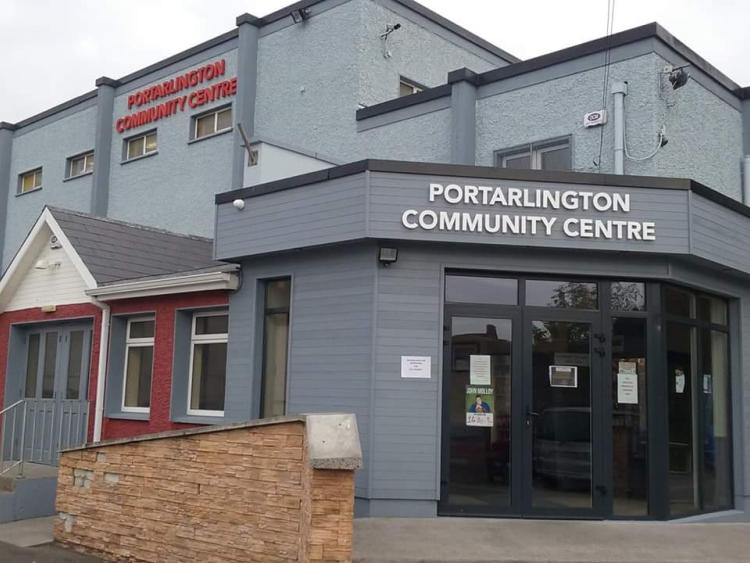 Thousands of people who use Portarlington Community Centre are set to benefit from an upgrade to the centre’s facilities.

The popular community hub has received a €44,700 huge cash boost from the Dormant Accounts Fund.

Manager, Jonny Whitelegg, and Administrator, Sonya Lawlor, put huge work into applying for the grant over the last three years before they were successful this year with one of the first large grants the centre has received for this type of work on the facilities.

The money is going towards upgrading the fire alarm system in the community centre at the Link Road, Portarlington, replacing some windows with more energy efficient ones and replacing a stock of tables and chairs.

Sonya Lawlor said these upgrades will make the centre an even safer, warmer and more welcoming place to be for up to 1,000 people who use the centre's facilities every week.

“We tried for three years to get this grant, this was our third application and we are so delighted to get it.

“It is a very busy centre, we are open all week and could have up to five parties at the weekend, we facilitate the Special Olympics local group the Bravehearts, groups come in for yoga, dance classes, crafts, ballet, we have the Love Port group, CE Scheme and social inclusion groups here.

“We are hoping the window upgrade will reduce our oil cost and we have to keep the fire alarms up to standard, the new tables and chairs might allow for new classes here,” she said.

The Dormant Accounts Fund is made up of unclaimed funds from accounts in credit institutions like banks and An Post in Ireland to be used to support personal, social and educational development.

The centre is funded mainly by Pobal which works on behalf of Government to support communities and local agencies toward achieving social inclusion and development. It also holds fundraisers throughout the year to help with the running of the centre and towards other projects such as roof repairs which are ongoing.