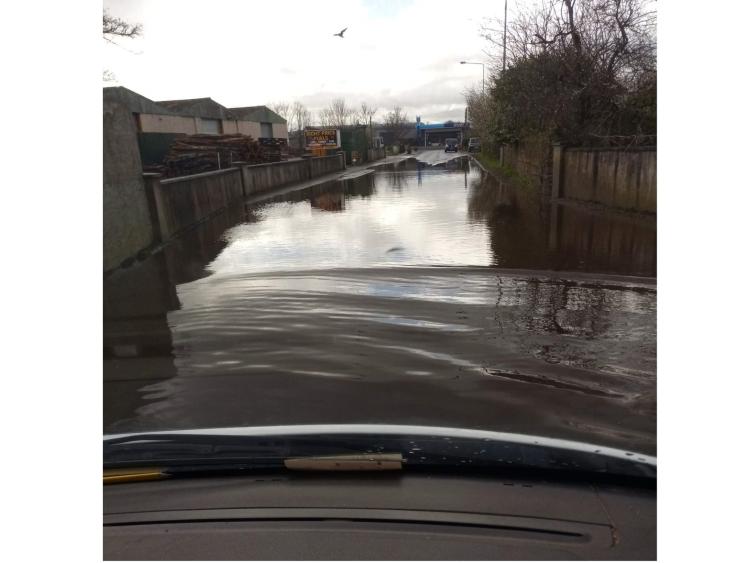 A busy road in Portarlington, on the Offaly side of the Laois border town, is flooded again this weekend after heavy rains caused the Barrow river to burst its banks,

Botley Lane beside the river, has repeatedly flooded over the years. It has a housing estate and an industrial estate on it, with residents and customers forced to drive around another route to access it.

A Portarlington businessman who posted the above photograph as he drove up the road, is calling on Laois and Offaly councillors to "do what you were elected to do" and fix the problem.

"To the wonderful town councillors that represent the town on both sides of the border in Portarlington, while you strive to improve the town with 100s of thousands of public (Tax) funding upgrading Roads/ Footpaths / Bridges / Ect..... You still neglect the real issue from mother nature herself.

"For 12 years I have lived in this wonderful town and them 12 years always has seen botley lane flooded, while we do except that mountmellick got the serious funding to upgrade the Barrow the problem still remains and Is pushed down to another part of the river, I can personally assure you myself and this goes to Offaly Co Council there is no Road Closed signs will go up anywhere near botley lane! it's time you do what you were elected to do which is represent the people that matters which also includes business down that area" he posted online.

"The biggest employer in the town are down there and we have to send our visitors to our main hub around by the bog road. Not very good for our business," Kevin Gorman said.

Clown Around has posted a notice warning customers that the road is flooded.

"It's so frustrating, it's happening much more often now and its annoying when our customers are being put out over it. thanks for highlighting the issue," she said.

In answer, Laois councillor Aidan Mullins stated that last year the government announced €9 million for flood relief schemes in Laois to include Mountmellick, Portarlington and Clonaslee.

"The flooding in Botley Lane and Spa Street has been a problem in the town for as long as i can remember. The scale of the problem and the costs involved lay with the governement. The council's budgets did not cover such large scale investment," he said.