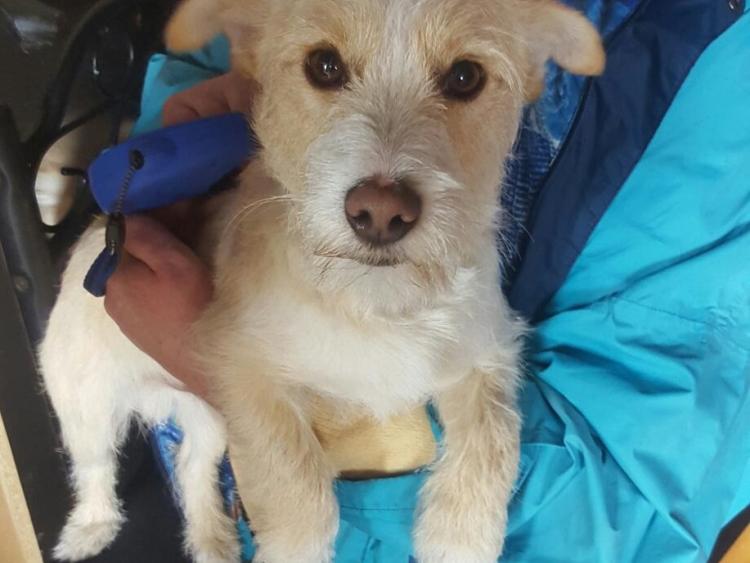 Laois hero dog Jack who showed Gardaí where his owner was lying injured last Monday night, is a rescue dog himself.

Jack's owners are Pat and Melanie Brennan from Patrick Street, who took in the young dog last February after he had been wandering the town. After a short stay in Laois Dog Pound to verify there was no owner looking for him, with Melanie ringing every day to check he was doing ok, the couple brought him home for keeps.

"Jack is a rescue dog himself, so now we have rescued each other," Mr Brennan said.

Pat is partly paralysed from a stroke in the past and has rheumatoid arthritis. He takes late night strolls to keep himself as supple as possible. He had paused to observe the full moon while on Bog Lane, but when starting to walk again the strong little terrier tugged on the lead and he stumbled, falling deep in to the bog beside the lane.

"There was no way I'd have been able to drag myself up," he said.

He had managed to call 999, and he could hear the emergency services driving past several times.

"I was panicking because there was no way they were going to find me. The only reason they knew is becuase the dog stuck with me," he said.

Thanks to Jack and an eagle eyed local Garda who recognised him, Pat was found after only a short time.

Pat was treated for cuts at the scene in an ambulance, and then they dropped him home, with Jack getting a ride in the patrol car.

Below: Gardaí photographed Jack waiting worriedly as Pat is treated in the ambulance. 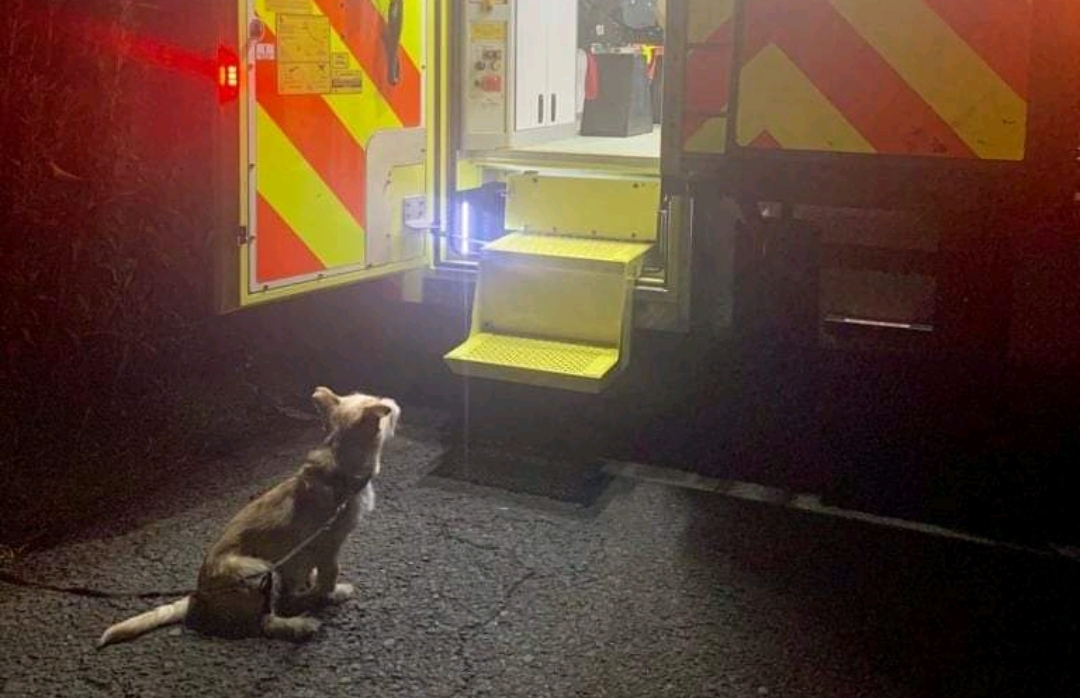 His wife Melanie is used to Paddy's late night walks. A sound sleeper, she only discovered something was wrong the next morning.

"Jack jumped up on me in the bed, looking at me and then Pat. I turned to look and Pat's face was bloody. I got an awful fright," she said.

"He is spoilt rotten now. He has a lovely temperament, he understands everything you say. Everyone is stopping us now, people we don't even know, asking if that is Jack," she said.

Paddy is "mortified" at the publicity the lovely Garda photo has brought, with thousands of people reading his story.

"I don't want fame. I'm just glad to be OK. Someone even wants to send the dog a superman cape. That photo really struck a chord, Jack looks so worried," he said.