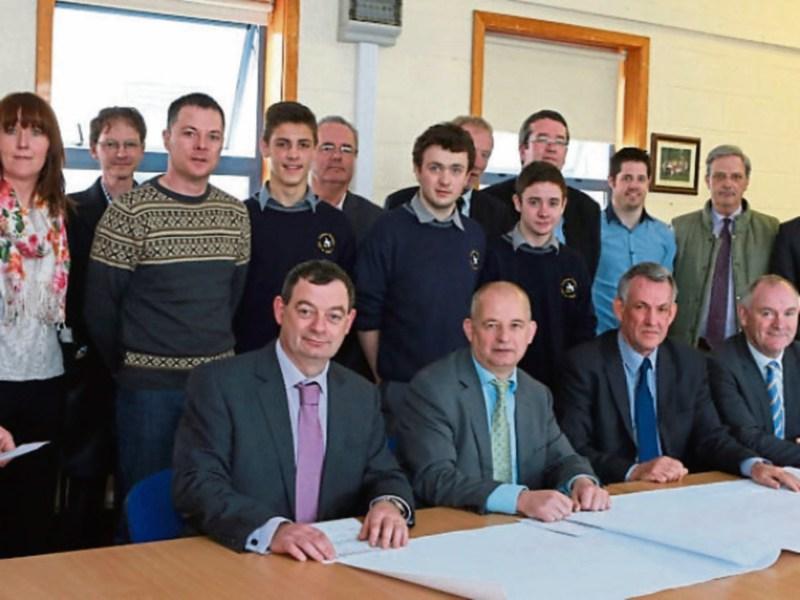 Contracts were signed in 2014 for the first set of plans for the Portarlington secondary school.

A completely new school building for up to 1,300 pupils in Portarlington is among three options the Department of Education and Skills wants designers to pursue for Coláiste Íosagáin.

The school’s principal, Seamus Bennett, hopes the Department will opt for the new school idea but is fearful that the latest back to the drawing board decision may only serve to delay the addition of more badly needed classrooms and other facilities.

He confirmed that the new school proposal is the latest option to be put on the table by Department nearly five years after the first plans for expansion were drawn up.

“The Department is being cautious and careful to get the design team to design and cost three different options. One of them is a brand new school on a greenfield site. The other two are forms of extensions, an attached extension or a separate extension. We are not in favour of extensions and our existing school is not fit for purpose anymore,” he said.

The original plan was an extension with plans prepared for this four years ago. But it was soon realised this would not be big enough.

Since then, there have been two revisions upwards in a number of students since them. There have also been revisions in the classroom sizes.

“Unfortunately, each of these revisions has delayed the school starting by four or five years,” said the principal.

“We are hoping at this stage that the costings will make sense to go with a new school...I hope it doesn't just come down to money,” he said.

He hoped that the revisions requested represents a realisation that Portarlington needs a new school. There are more than 1,000 pupils enrolled at present with a huge influx in first years expected in 2000.

He said the new school would be built on a pitch beside the school meaning there would be education would not be disrupted. A new pitch could be built on the existing old school when demolished.

Mr Bennett said there were logistical problems with the extensions and would run for years.

The school is heavily dependent on prefabs with another seven due to be installed over the summer to accommodate new classrooms.

This will bring to 26 the total number used. The school is also running out of space for temporary buildings because they cannot be located where an extension could be built.

The principal acknowledged the assistance given by TDs Martin Heydon and Fiona O'Loughlin. “They are pushing the issue for us and are taking it seriously,” he said.

The Department of Education said a review of the latest plans has yielded a proposal for an increase in accommodation to a 1300 pupil school, which has been accepted by the school.

It said the Design Team has been instructed to provide an initial sketch scheme for a 1300 pupil school and submit to the Department for review.