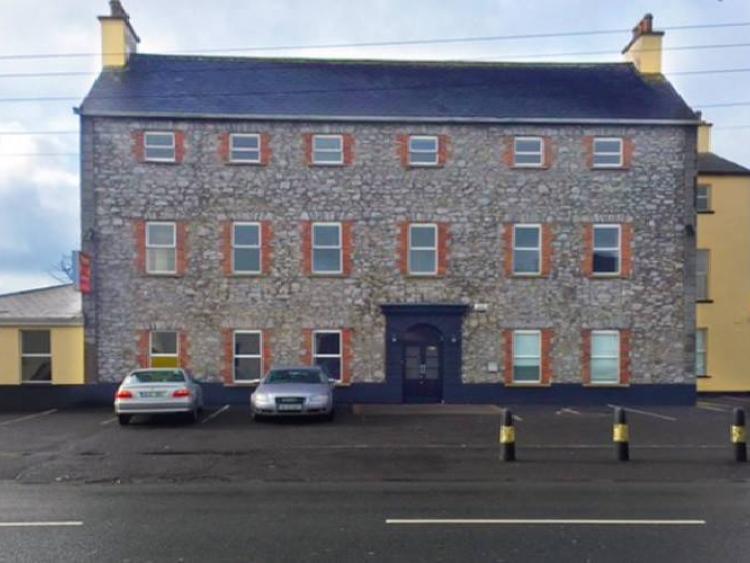 The East End Hotel in Portarlington

The East End Hotel in Portarlington is being used for emergency accommodation for ‘applicants for international protection’ and the urgency to provide the rooms is so great that there is no time to consult the community according to a government Minister.

Minister of State at the Department of Justice, David Stanton TD, gave Dáil replies to questions from Fiona O’Loughlin, TD for South Kildare in relation to the use of the East End Hotel for emergency accommodation.

“The State has a legal obligation to provide reception conditions to applicants for international protection, including, where requested, bed and board,” Minister Stanton said.

Deputy O’Loughlin asked when the premises was first used and if GP and school consultations could be carried out in advance saying that ‘secrecy’ has been the source of problems for the community.

“Constituents have been contacting me relating to the use of a hotel in Portarlington, The East End Hotel, that was reportedly being used as a temporary direct provision site and were frustrated that the community was being left in the dark about it.

“There is a period or a gap when consultation could be carried out with local GPs and schools to discuss supports that may be needed.

“People from Portarlington are not against supporting people in their absolute hour of need but it is the apparent secrecy with which this was carried out that has been the greatest source of problems,” she said.

David Stanton TD confirmed the use of the East End Hotel for emergency accommodation and said there is no time to consult the public in an emergency situation.

“I wish to confirm that the hotel in question is being used for emergency accommodation.

“To meet the demand for accommodation by protection applicants, in January 2019 the Department published a call for expressions of interest from short-term accommodation providers, including commercial hotels, guest houses and bed and breakfast accommodation facilities, to obtain such accommodation on the open market.

“Emergency accommodation is sourced on an ongoing emergency basis, meaning it is not possible to offer prior engagement with communities, unfortunately,” he said.