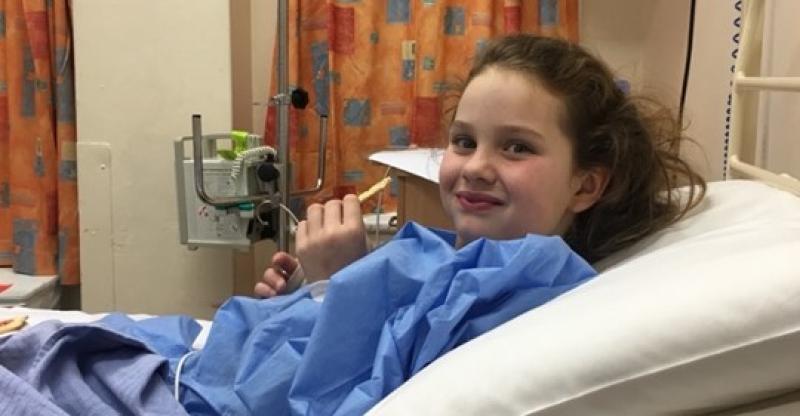 Shave For Saoirse fundraiser is for a sick Portarlington girl.

A fundraiser set up by an Irishman in Australia for his sick niece in Laois, has gotten a huge response.

He has set up a GoFundMe account in aid of his niece Saoirse from Portarlington, called Shave for Saoirse.

"In April this year after many trying months and tests Saoirse was diagnosed with Severe Aplastic anaemia which is a rare life threatening disorder in which the bone marrow fails to produce enough blood cells.

"Thankfully Saoirse’s brother Finn is a match for a bone marrow transplant. Before The transplant can be done Saoirse will receive Chemotherapy to remove all the dead bone marrow and will then be given the transplant," Shane said.

"As you can all imagine it is an extremely trying time for Saoirse’s family. Therefore I am going to grow my hair and beard for the length of time Saoirse will spend in hospital, once Saoirse’s hair begins to fall out from the chemotherapy I will then blade 0 my own in head and beard in support for her," he said.

He is asking people to donate what they can.

"I know it’s a big ask but if you can donate whatever you can to help this amazing little girl and her family it would be very much appreciated," Shane Connolly writes.

View the fundraiser by clicking here.