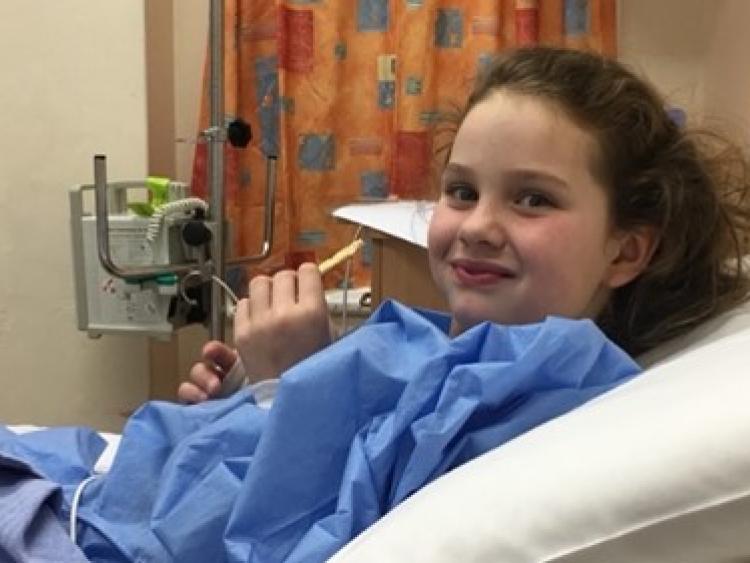 A little Laois girl who has been diagnosed with a rare disorder, needs a new bone marrow donor for a life saving transplant.
Saoirse Ryan, 8, from Portarlington, is awaiting her operation.
Her brother Finn, 9, was found to be a match and both children were due to have operations on the same day early this August.
However, there has been a complication after Finn was found to be unable to donate.

Their mother Sinead Walsh gave an update to the Leinster Express this week.
“Finn hasn't been diagnosed, but due to a query with one of his blood tests coming back he may not be a suitable candidate for undergoing a bone marrow harvest,” she said.

Luckily other matches have been found in a donor database.
“We are blessed that there are two other people in Ireland that have come up as compatible donors for Saoirse and that is wonderful and please God it won’t be too much longer a wait,” Ms Walsh told the Leinster Express.

Saoirse is due to start third class at Presentation Primary School this September. Her diagnosis came as a huge shock to her parents Matthew and Sinead last April, after Saoirse attended her GP with a swollen foot.
Since then Saoirse has spent a lot of time in hospital in Portlaoise and Crumlin getting tests and blood transfusions to keep her condition stable.

The family which includes her little brother Oisin, have been inundated with support.
Sinead’s brother-in-law Shane Connolly who lives in Australia, set up a GoFundMe to shave his hair and beard when Saoirse loses her hair from chemotherapy. It has raised $15,875 with donations from near and far.
“It will remain up until I shave. We are all just amazed at how kind people are,” Shane said.

"It is going to be a very long road ahead, especially with a sibling donar set back however, we all believe this little warrior has come so far and will go a lot further. Saoirse is due to start chemotherapy at the end of August and then transplant. We ask that everyone keep Saoirse and her family in their prayers and that the transplant goes without complications," Shane said.

"Saoirse is an amazing little girl and is taking all her doctors words onboard! For such a young little girl, she has no complaints, every transfusion, every hospital admission (up to 3 times a week for antibiotics)she understands this is the only way she can get better.
"In regard to all your donations, firstly thank you, everyone, it’s amazing and each one of you are amazing people. Unfortunately Saoirse’s mum had to cease work once the extent of Saoirse condition was known therefore each and everyone of your donations are helping Saoirse family out with day to day living expenses, their travel to and from Crumlin hospital and bills which keep coming if you work or not, all of us can relate," her uncle said.

Sinead thanks everybody for their support, including the support of their families and neighbours.
“The public have been fantastic with their support. People are great in every way. We are very fortunate to have such great support,” she said.

Now a local fundraiser is planned in Portarlington, that will see over 100 horses and riders gather together in a public display of support.
The Three Counties Hacking Club will hold a charity ride on October 13.
It will set out from the Railway Bar on a 2.5 hour ride around Lea Castle and returning to the pub.
An auction and a raffle will follow, with all the proceeds going to support Saoirse and her family through their ordeal.
Mick Fullam is the chairman of the small club, where all of the members are working hard together to organise the event.
“We are a non-profit club and we often do charity events. This is a cause close to our hearts, the family are a big part of the community, they are being put through the wringer and we wanted to show our support,” he said.
Riders can simply turn up on the day to take part. The event starts at 2pm.