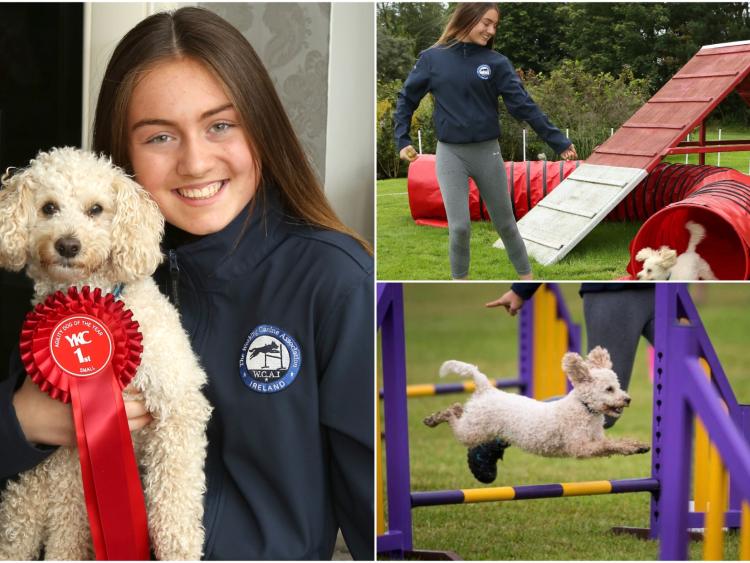 A Portarlington teenager and her beloved pet Georgie have qualified to compete in the prestigious Young Kennel Club Dog Agility Championships at Crufts 2020.

Becky Mullally, 14, and her faithful canine companion Georgie are training six days a week to fine-tune their tricks to compete in one of Becky’s dream competitions next March. 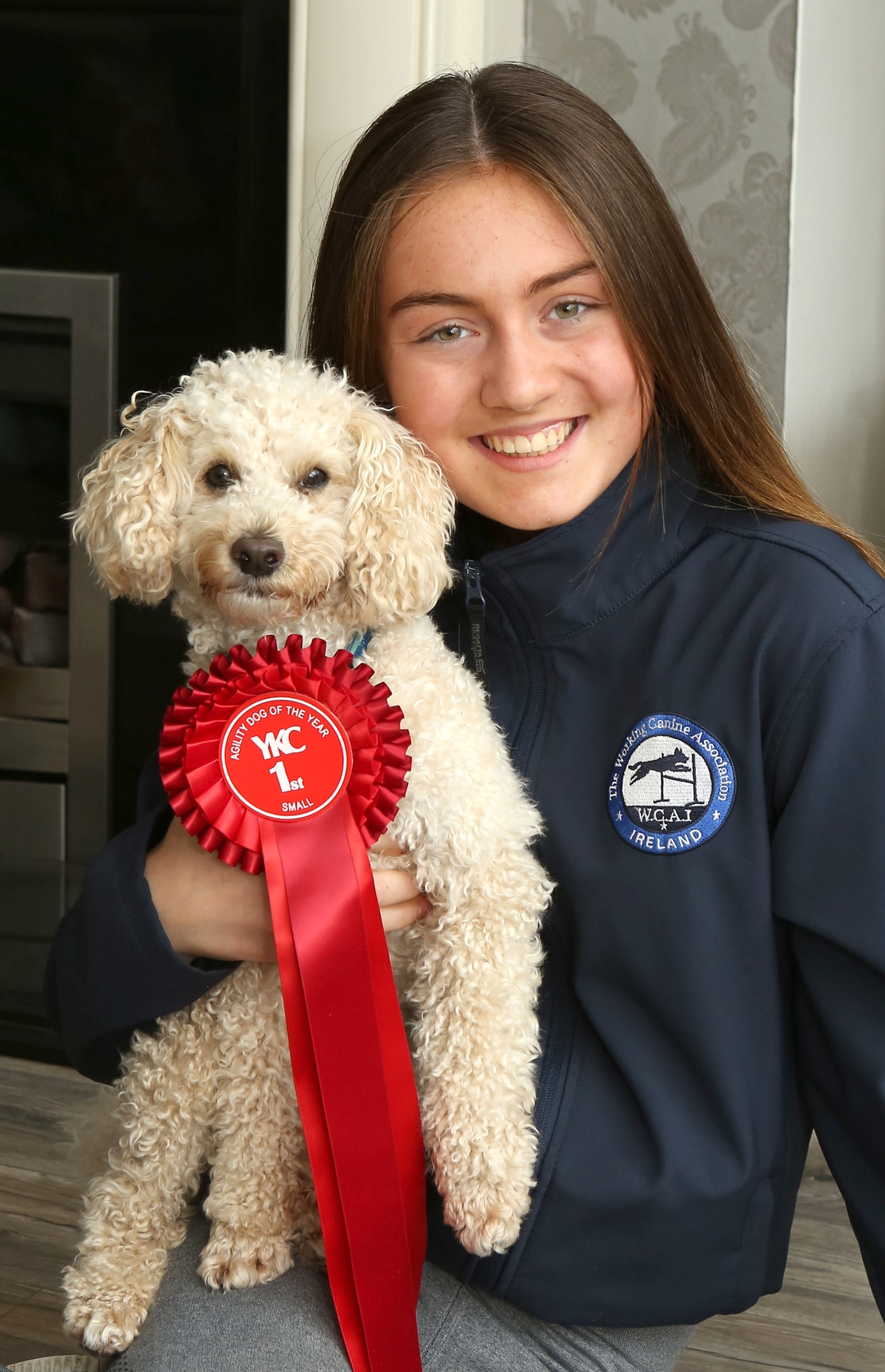 After receiving Georgie as a birthday present two years ago the dynamic duo have never looked back. The determined young trainer said she went to the Crufts competition in 2016 and that pushed her on to chase her dreams to make it there herself one day.

“I am really really happy I wanted to go for it for so long. I did trick training with an older dog six years ago, I did it for a while and then one Christmas I got tickets for Crufts in Bermingham.

“We went to that and it was just amazing. I started training Cindy but she was a hunting dog so if she got a scent she would run off. I got Georgie as a birthday present, we train together five days a week and attend one training session in Castledermot, Co Kildare with Coach Liam O’Brien who runs The Working Canine Association of Ireland.

“I can’t wait to go to the YKC small dog in Crufts in March, it feels like it can’t come around quick enough. In the meantime, we will be fine-tuning our tricks and trying to get the speed up,” she said. 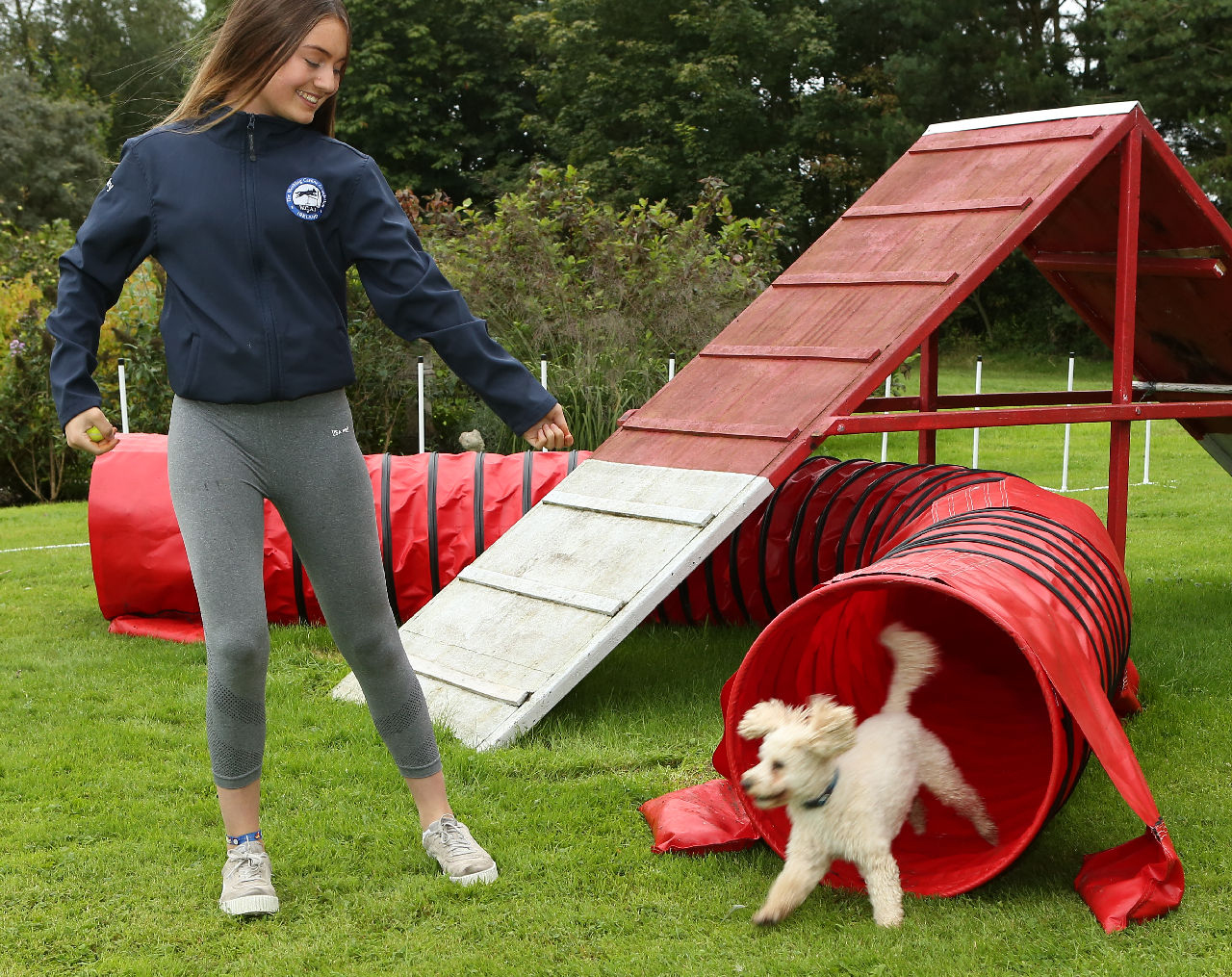 Georgie is an energetic and enthusiastic Toy Poodle. The dog and handler needed all their energy and skill at the recent Crufts qualifier in Northern Ireland when Lisburn Rugby club pitches were transformed into dog obstacle courses, with jumps and tunnels and climbing apparatus designed to test a canine’s speed and obedience.

There were hundreds of dogs of all sizes and their handlers in attendance and Becky and Georgie completed the tough course without any faults in the fastest time to win the title of ‘Small Agility Dog of the Year’ they also go straight through to the YKC small dog semi-finals to be held in Crufts on March 5, 2020.

Becky said Georgie is part of the family and even made an appearance at the school musical during the year!

“Georgie is like a baby everyone loves him and he comes absolutely everywhere with us. he was even in the Coláiste Íosagáin musical Legally Blonde during the year, they needed a dog and they knew I had Georgie well trained so it was something different to open the curtains and see him on stage,” she said. 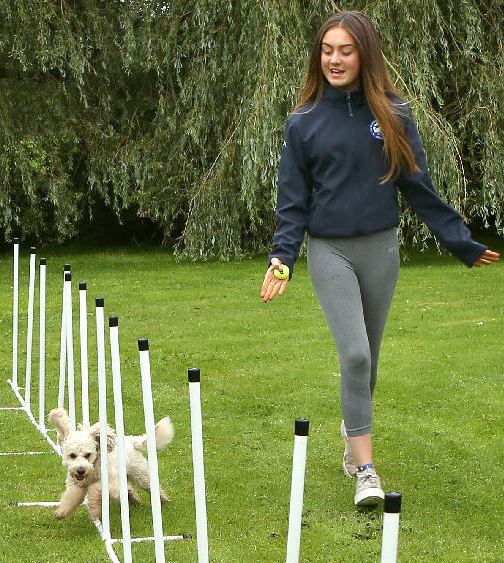 Becky’s mother Elaine is proud of her daughter’s achievements.

“It hasn’t sunk in yet at all, we are on a high and it has been a dream of Becky’s since she started training,” she said.

Becky and Georgie are new to the Dog agility circuit, they started competing in March this year and in May they won the all Ireland Jumping Championships in grade 1-2. They have gone from strength to strength and in June  Becky won an All Ireland junior hander grade 1-7 and finishing the season off with their Crufts qualifier it’s a fantastic start to their agility career. 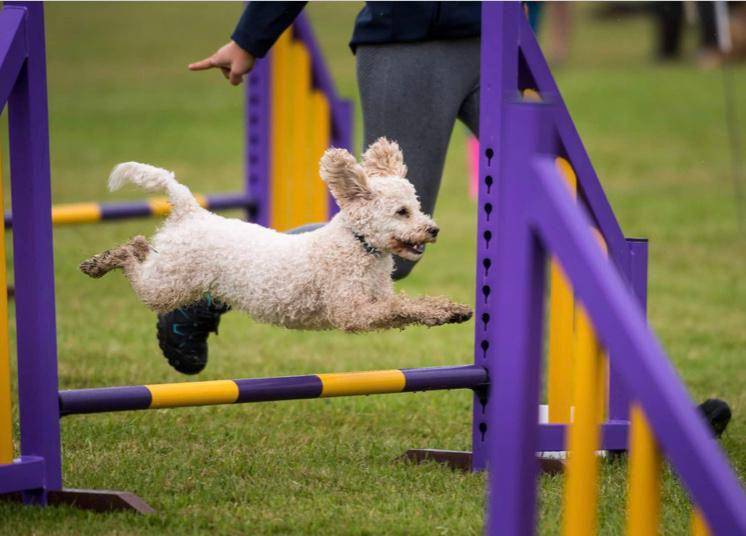