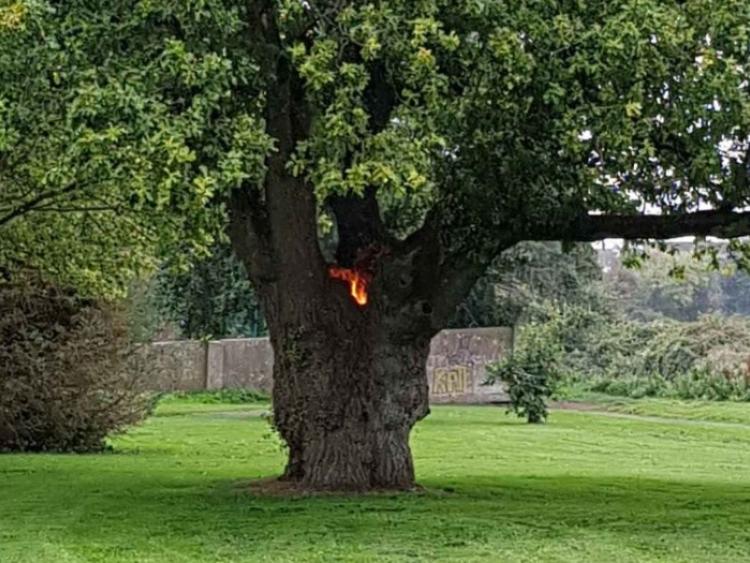 A great oak tree standing tall in Portarlington People’s Park partially went up in flames during the week.

It is understood that fireworks were found smouldering inside a hollow part of the tree and they caught fire at one point which is shown in the picture below. 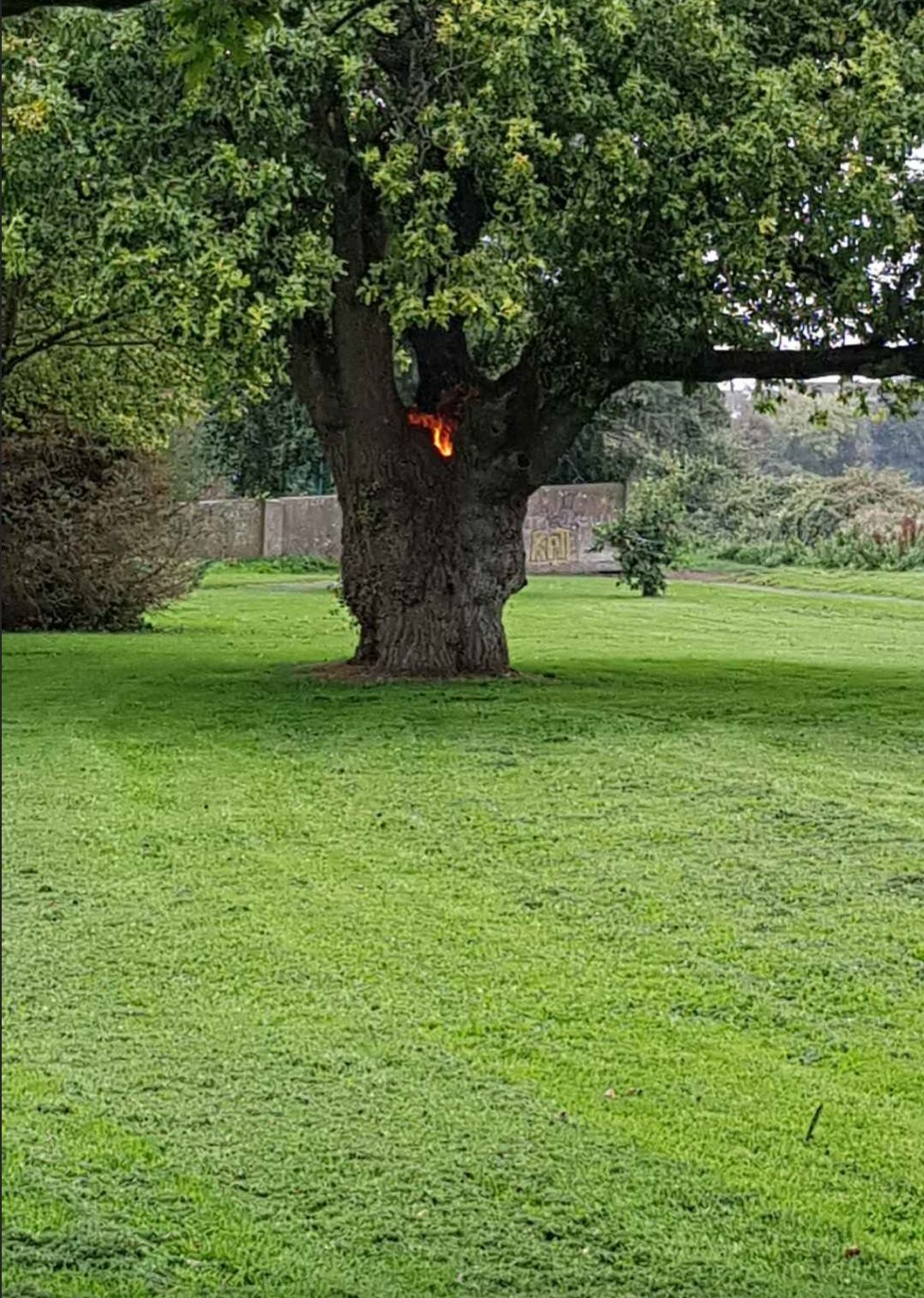 Cllr Aidan Mullins said he is taking it that it was an accident. He said the council inspected the damage and there is good news for the tree.

“There is no way of knowing if it was accidental or intentional. There were youngsters letting off fireworks in the park but I would like to give them the benefit of the doubt.

“People were not happy about it, there has been anti-social behaviour in the park before.

“Laois County Council has had the tree inspected since and there was a hollow part in the tree, kids let the firework off the night before and it was smouldering. It has been investigated by a horticulturist and they say the tree is safe.

“They are going to clear away the bit that is smouldering and trim back any heavy branches to give it a chance,” he said.

People were disappointed to see the tree on fire when it was shared on the Love Port Facebook page.

Read some of the comments here:

“Lots of fireworks going off the last few days all around the town and in estates. These things are illegal so parents who allow their kids to have them they are to blame and to blame for allowing them to roam the town doing as they please. Manners, decency, and respect are learned at home but obviously some kids in this town have not been taught any of these things and its probably the same group doing the harm all the time.”

“Certainly not the town I grew up in, or the town I raised my boys in.”

“I can’t understand why there’s no CCTV in place in the people’s park.it could easily be linked to the guards in Portarlington or Portlaoise to cut out the anti-social behaviour.”

It is understood that work is ongoing to get CCTV cameras installed at the park.

WATCH: Electric Picnic fans queue for tickets 24 hours before they go on sale