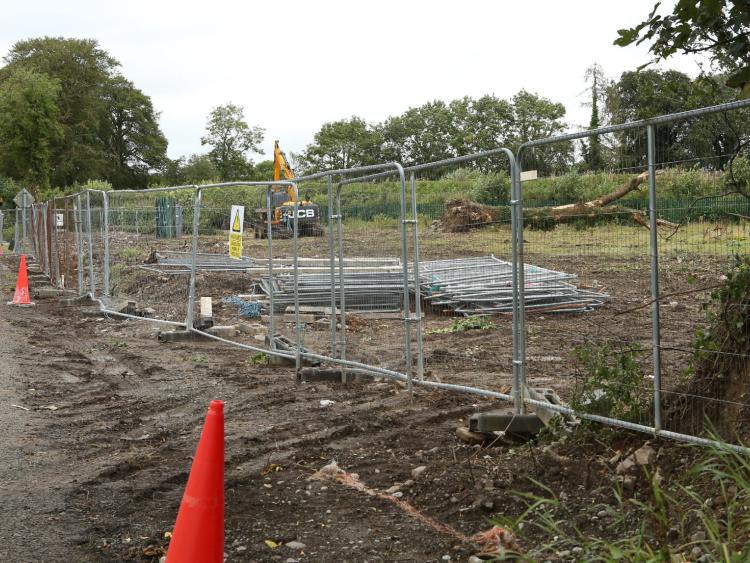 Construction work underway at the Ballymorris Road in Portarlington

With 22 houses under construction in Ballymorris in Portarlington and 100 more planned, a filter lane is being considered to take the extra traffic.

New council houses are being built on the former allotment site at the corner of Ballymorris road and Canal road.
Another 40 private houses have planning permission at Ballymorris Court and 60 more in Lansdowne estate.

He tabled a motion to the September meeting of the Graiguecullen Portarlington Municipal District, that the council install left and right filter lanes on the junction.

“It’s a very sharp corner. People use it as access to the Dublin road. It’s just a matter of widening the road. It wouldn’t be a major job while the builders are there,” Cllr Mullins said.

“It’s great to see 22 houses well under construction, but this will lead to a higher volume of traffic,” he said.

The reply from engineer Philip McVeigh is that the council agrees.

“A filter lane at the junction may be beneficial in anticipation of the future increase in traffic volume. We will liaise with the housing section regarding the proposals for the junction,” he said.