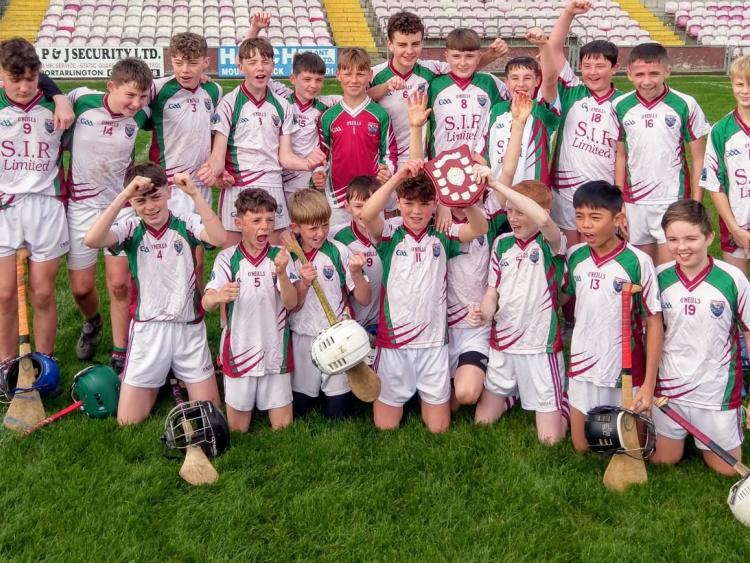 Laois hurling strongholds may be rooted in the south of county but there are green shoots of an emerging urban force in the north of the county on the Laois Offaly border.

The hurling year ended for Portarlington GAA hurlers on Sunday, October 13 with a historic win over Castletown - one of the most traditional nurseries of hurling in Laois.

On the day, the Portarlington's U13 team took on Castletown in the Laois Championship A Shield final. The north Laois lads won on a scoreline of 2-10 to 1-8.

The momentous win was achieved by a club in one of Ireland's fastest-growing towns which is more associated with Gaelic Football than hurling.

Darren says the U13 team is comprised of lads who have been hurling since 2014, some that have only taken on the sport in the last two to three years and then some others who have only just taken up hurling in the last few months.

"They are a great bunch of lads and really define the term ‘teamwork’," says Darren in his latest club notes.

"The final was a lovely game of hurling showcasing their hurling skills, stamina, determination and teamwork. Some lovely points and goals from play and frees from a number of the lads, lovely offloads and assistance and great goalkeeping skills to keep Castletown out from scoring goals.

It is not just the U13 that are on the up. Darren says the Our U11 hurlers also had a fantastic year and almost came away with the full clean sheet of wins. Some of these players also were part of the U13 hurling panel.

The PRO says the U9s went out and showcased their developing skills and love of hurling at every match they attended. While the U7s didn’t have many games, many stepped up in age-grade to and help out the U9 team, but showed in great numbers for training throughout the year.

Port GAA is hoping to field a U15 hurling team next year.

"If any lads would be interested in starting hurling, at any age group U7-U15, feel free to contact Portarlington GAA as I am sure we will be up training throughout the winter to prepare for next year," concluded the PRO.