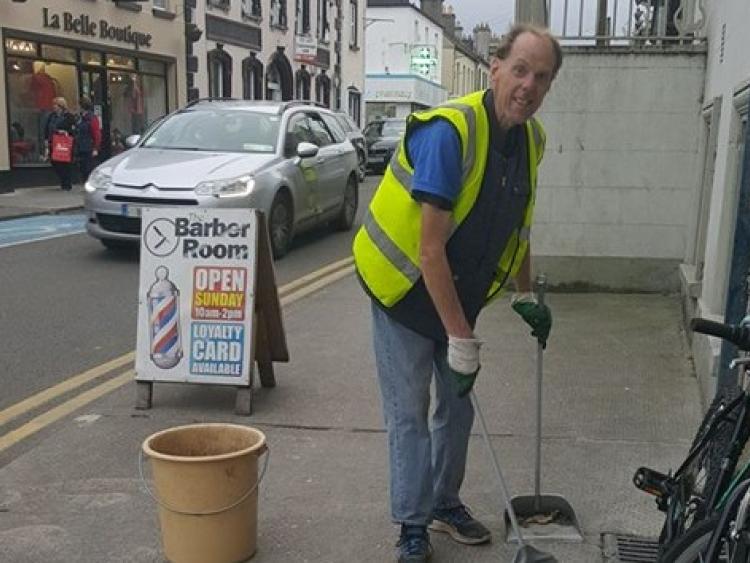 Portarlington in Laois is to get a mini street sweeper machine on a trial basis, but it will not replace a hero local volunteer who cleans the town daily says a councillor.

The second biggest town in Laois will trial the machine it was confirmed at the November meeting of the Graiguecullen Portarlington Municipal District.

“We are looking to hire a mini sweeper on a trial basis for Portarlington town,” said Philip McVeigh, senior executive engineer.

Mr Lawlor volunteers his free time to sweep the streets of his town every early morning. He was Portarlington Person of the Year in 2015. The town held an appreciation fundraiser for him last year in recognition for his dedicated work.

The hand held sweeper will be used daily in Portarlington for three months complete with hired user, after which the council will consider if it worth buying a machine and using their own outdoor staff to operate it.