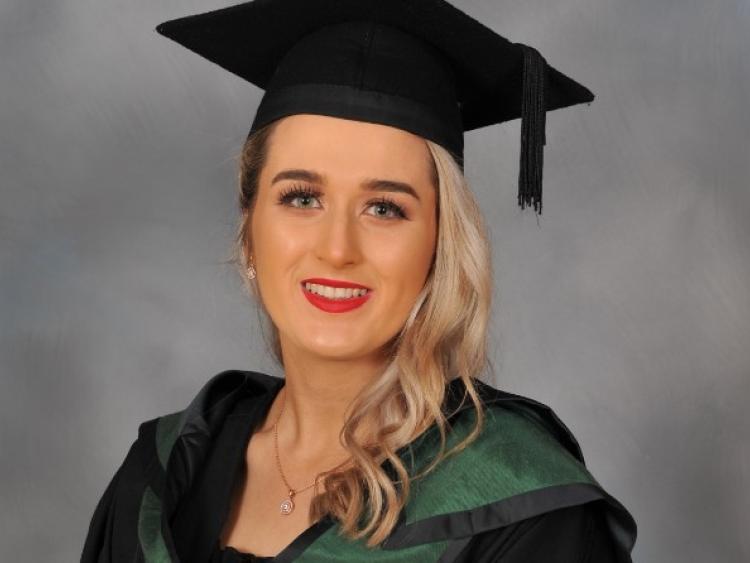 Nicole Morris from Portarlington has won the 2019 Margaret Huxley prize at her recent graduation with BSc (Hons) in Nursing from Trinity College Dublin.

The former student of Rathangan Secondary School in Co Kildare won the prize for achieving the highest academic grade in her final examinations. The newly graduated nurse completed the clinical component of her degree at St James’s Hospital in Dublin.

Ms Morris started work as a staff nurse in St James's in October.

The nurse, who hails from the Laois Offaly border town, is set to be caring for patients from her home patch as the hospital is part of the Dublin Midlands Hospital Group which includes hospitals in Portlaoise, Tullamore and Naas.

Ms Margaret Huxley (1854-1940) was the Matron of Sir Patrick Dun’s Hospital from 1884 until 1902. She was a pioneer in the development of nurse training programmes in Ireland during the nineteenth century.