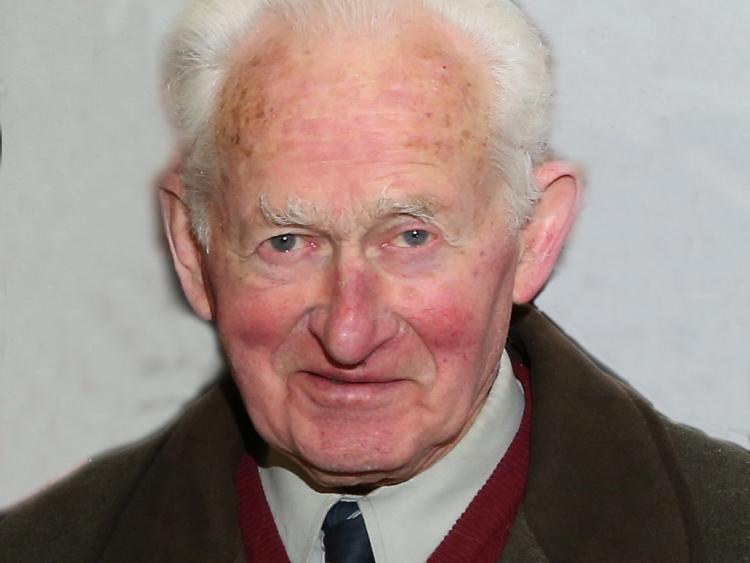 A loving family man and committed community volunteer is how Niall McElwaine will be remembered in his adopted town of Portarlington in Laois.

Portarlington Leisure Centre and the swimming pool association both formed guards of honour at his requiem mass in St Michael's Church, in tribute to the huge input he had over his life to the swimming pool.

Every pew in the church was full as his family and community mourned his loss.

Tributes by Parish Priest Fr Tom Dooley and by a relative of Mr McElwaine revealed an intelligent family man with a strong faith who spent his whole life in service to his community, attending a meeting about the leisure centre as recently as the Thursday before his death.

Fr Dooley described him as "a husband, a father and grandfather and a friend to many in the community".

"He came to Portarlington from Donegal 64 years ago as a young teacher, later becoming principal for 32 years at St John's Vocation School. He touched the lives of everyone in the community," he said.

"He brought a sense of vocation to his teaching, and the pupils reaped the benefit. He was deeply involved in promoting sports and culture in the school and community and we are very grateful for that. He was involved in many committees including the meals on wheels, the Vincent de Paul and the Credit Union as well as in church organisations like Accord giving pre marriage courses. When Pope Francis came to Ireland two years ago, he was first here to volunteer for the RDS and Phoenix park. Early on those people saw the quality in him and asked him to translate texts into his beloved native Irish.

"He was a man of strong faith with a love of family, of education, of community and church rooted in his love of God. He attended here and many other places around the world as a eucharistic minister," he said.

Mr McElwaine's son in Law said Mr McElwaine was the fourth of eight boys, and very smart, reading newspapers at the age of three and skipping a year in primary school. He got scholarships for secondary school and for University College Galway.

"Portarlington, the town he loved so well, was very much his home. He was principal of the vocational school for 32 years and it was there he met Betty a home economics teacher. After he retired in 1988 he went on to work in Portlaoise Prison and in adult education. Niall was very involved in the community in Portarlington, mostly in the swimming pool where he worked tirelessly.

"He enjoyed his visits to his grandson Cillian in Athenry, their chats about school and football on the road home from school were a source of great joy to Niall," he said.

"Over the last few days we have received many messages of support and heard many stories about Niall help to others in his long life from his friends and neighbours. But it is as a loving kind gentle family man that we will always remember him. Ar dheis Dé go raibh a hAnam," he said.

The Mass was concelebrated by Fr Dooley and by retired Parish Priest Fr Michael Noonan.

Hymns included Nearer my God to Thee, while a beautiful version of The Town I Loved So Well was performed on tin whistle.

Donations if desired were requested to be made to Portarlington St Vincent's De Paul.