Plans for a new school still in the melting pot 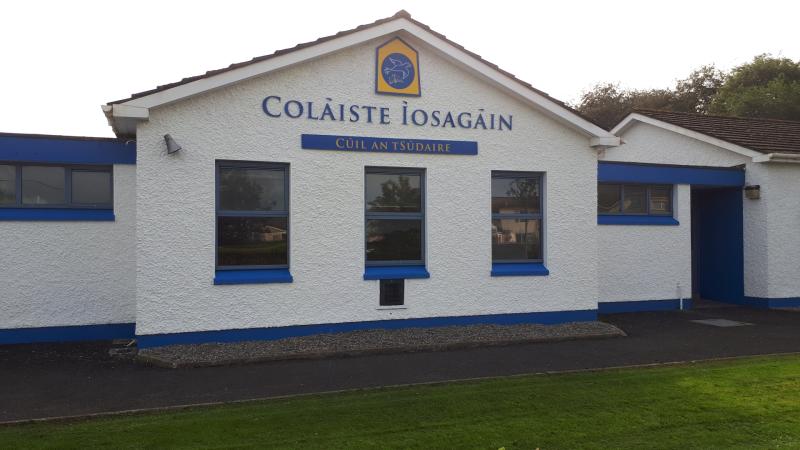 One of the biggest secondary schools in Laois or Offaly has lodged a planning application to erect new prefabs to accommodate its students.

Coláiste Íosagáin is seeking permission to erect two temporary accommodation prefabs at the school on the Offaly side of Portarlington.

It is also seeking to erect a new security fence and gates to the existing front boundary of the school.

The school hopes the classrooms will only be a temporary requirement ahead of getting the green light for a new school.

Several different options have been proposed for the school including an extension and a new building.

The school is already heavily dependent on prefabs with 26 used. Seven were due to be installed in the summer of 2019.

The Department of Education drew up the first set up plans for a school extension in 2015. Last year planners went back to the drawing board with a view to building a new school that could accommodate 1,300 pupils.

The new school would be built on the grounds of the existing school.