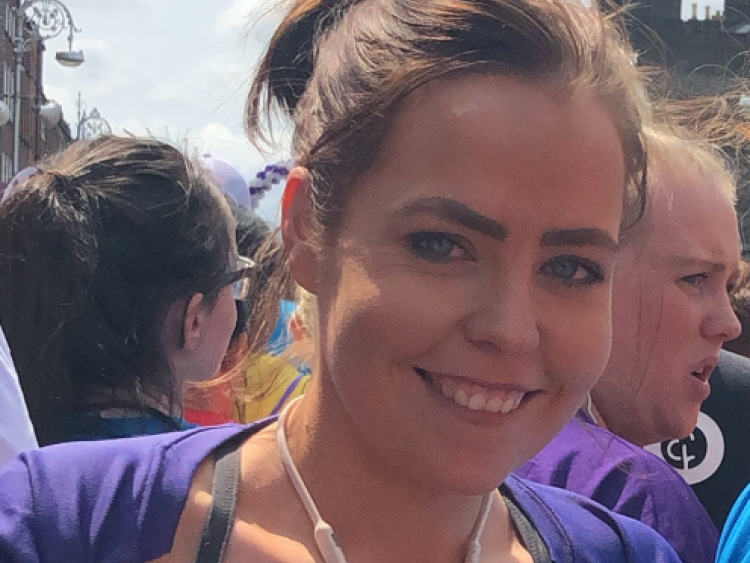 The fundraiser set up by the Laois ambassador of the first Vhi Virtual Women’s Mini Marathon is nearly at its goal and she is asking the public to help her reach the line.

Stephanie Murphy from Portarlington has conquered a painful childhood injury to become a runner, and was chosen to represent her county in the first Vhi Virtual Women’s Mini Marathon

She will be running the 10km distance around her town, and fundraising for Cappagh Orthopaedic Hospital in thanks for their care of her.

Her fundraiser has the target of €500 and she is within touching distance, at €470 this Thursday September 3.

Help Stephanie get over the line by donating here.

The first Vhi Virtual Women’s Mini Marathon will take place from October 1 to 10 2020.  The event is replacing the annual mini marathon, which traditionally attracts 30,000 women from across the country to the streets of Dublin and has gone virtual this year.

Women all over Ireland are invited to Live Life to the Power of 10, completing the 10k event “their way” over the course of 10 days, while raising millions of euros to support Irish charities, who need their support, now more than ever.

Stephanie's story started back when she was 13 and had a bad fall, which resulted in her badly breaking her right hip.  She underwent three surgeries, and it was looking likely that she would have to have a total hip replacement.

“I piled on weight due to no exercise and just poor food choices and in January 2017 I had enough! Having just had my second child, I joined slimming world in preparation for my wedding.  A couple of months in and I was seeing results, so wanted to prove to myself that no matter what, I could achieve anything and I was fed up using my hip as an excuse.

“I always wanted to do the Mini Marathon and one day I signed up. I completed my first one in 2017 walking it in one hour 47 mins and I was so proud I had done it. I signed up straight away for the next year but the competitive part of me wanted to complete it in a better time so I decided to train.  Having lost 6 stone over 15 months before the week of my wedding, I felt invincible.  2018’s Vhi Women’s Mini Marathon came and I finished it in 1 hr and 26 mins.

"I finally gave in and had my total hip replacement in August 2018. Again, I signed straight up for 2019 and this would be the 1st year I'd be pain free and was so excited.  I completed my third Mini Marathon jogging most of it, only 10 months after my hip replacement in 1 hr 16 mins.

“2020 my goal is to get as close to the 1hr as possible. I want to help people realise that although you might be living with some things that used to hold you back, you can change it. I used my hip problem and my weight as an excuse for so many years, but that very first year I completed it I proved to myself that the only limit to my life and my possibilities is the one I put on myself. If you want something hard enough then trust me you will achieve it and the Mini Marathon is the best way to get started!  It doesn't matter if it takes 1hr or 5hrs it's getting up and completing it is what counts.

"This year I will be fundraising for Cappagh Orthopaedic Hospital as the work they do to help people is unbelievable. They help all types of people ranging from children all the way to our older generation. They deal with a wide range of issues from minor breaks to helping people walk again.  They gave me a new lease of life that’s pain free and is opening up so many possibilities I didn’t have when I suffered with my hip.  They are trying to raise €2 million and every little bit helps.”

Visit www.nohc.ie to find out more about their great work.