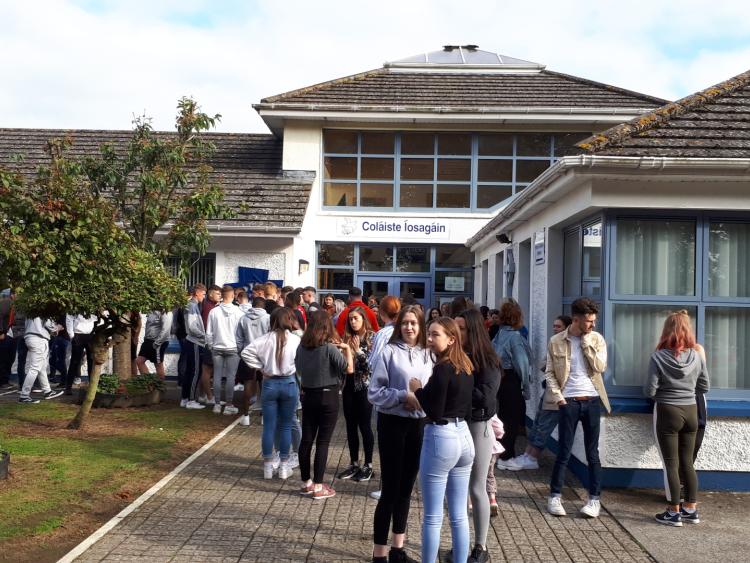 The Department is Education is reviewing the latest set of proposals for a badly needed expansion of capacity in secondary school education in Portarlington.

Fianna Fáil Senator Fiona O’Loughlin said in a statement she has been updated by the Minister for Education Norma Foley on the progress of plans for Coláiste Iosagáin in the Laois Offaly town. She said the Taoiseach Micheál Martin knows the shortcomings with the school first had having visited with Sen O'Loughlin last year.

A number of options and plans have already been through the Department of Education. At present, the school is heavily reliant on prefabs to accommodate more than 1,000 students. The latest proposal involved the building of a new extension or the preferred choice of complete new schools.

“Minister Foley has given me an update on the project which is currently at end-stage of Stage 1 of architectural planning; entailing preliminary site surveys, location suitability and initial sketch scheme," said Sen O'Loughlin.

“The Stage 1 report has just been received by the Education Department. Upon review, the Department will then be in contact with the school and its design team with regard to the further progression of the project. I`m really pleased that the process is moving forward.

“I remain committed to working with school management, staff and parents to progress through the next stage of detailed design, costings, planning and preparation of tender documentation,” she said.

Sen O'Loughlin said the Taoiseach knows what is needed.

“An Taoiseach Micheál Martin saw the building for himself when I brought him to visit the area in February last year and we are both aware that the preferred option is to go for a new build on a different location on the same site, with capacity for 1300 students. This will be future-proofed for the provision of more second level students as the population of Portarlington continues to grow," she said.

The former Kildare South TD said Portarlington should get a new school soon.

“The Coláiste Iosagáin school community has waited for too long for a bigger, better equipped school building and I look forward to works starting in the not too distant future,” concluded Senator O’Loughlin.

It is more than six years since the first proposals were submitted for Coláiste Íosagáin.