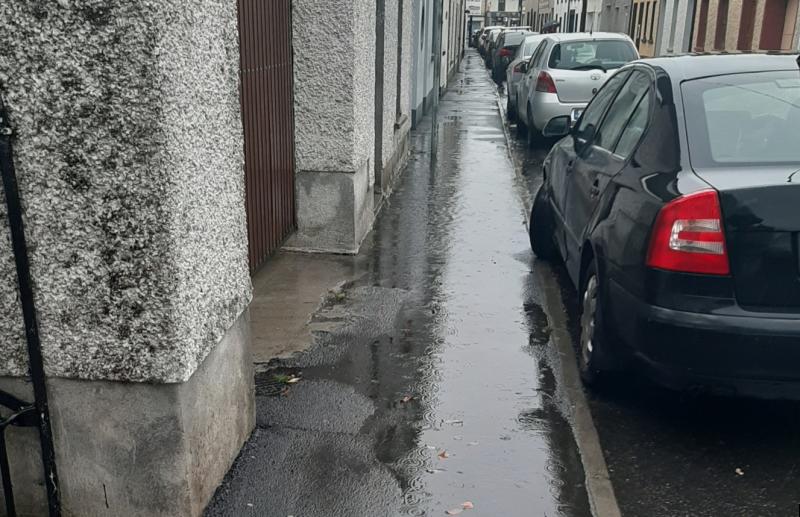 Flooding on a narrow footpath in Portarlington outside houses is ‘beyond belief’ according to a local councillor.

“It’s beyond belief,” he told the Portarlington Graiguecullen Municipal District meeting where he displayed pictures of the extent of the issue.

“It does not have to be very wet weather. It is like a canal,” he said.

He said work was essential on the pavement on a narrow pavement which means people have to walk on the road to avoid the floods.

However, this is also difficult because cars park right along the street.

The councillor noted that the work was not included on the Main Street footpath upgrade.

Mr Philip McVeigh, Senior Executive Engineer, said he would arrange to obtain a quotation for this footpath work on Foxcroft Street to be considered in the 2021 programme.