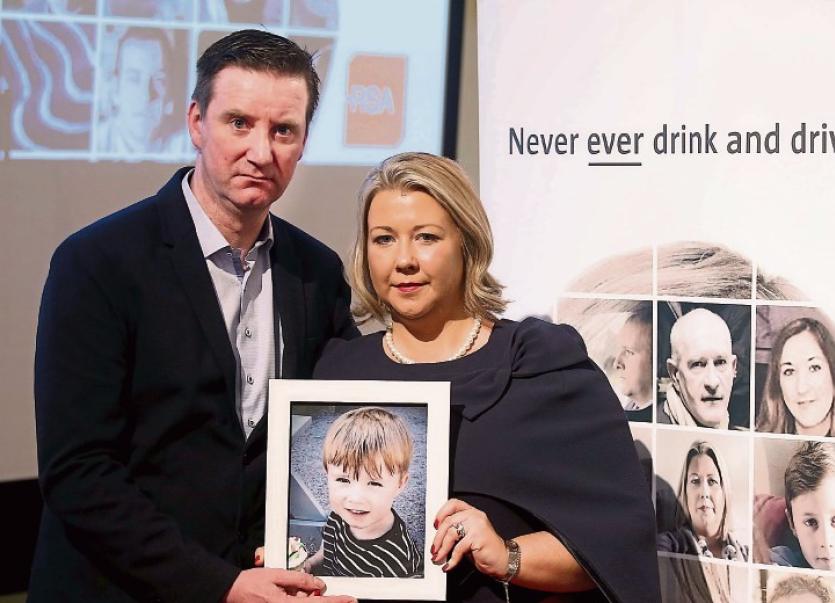 A Laois mother whose small son was killed by a drunk driver will continue in her efforts to make Ireland's roads safer.

Gillian Treacy's son Ciarán 4,  was killed and she herself seriously injured when a drunk driver hit their car in a head on collision near Portarlington on April 19, 2014. Finbarr O'Rourke from Portlaoise served four years of a six year sentence and was released from prison in April 2020.

Gillian and her husband Ronan went on to head a heartbreaking media road safety campaign for the Road Safety Authority against drink driving.

She was appointed to the board of directors of the Road Safety Authority in 2018 for a three year term, and has confirmed her re-appointment for another three years.

Gillian confirmed her re-appointment to the Leinster Express and why she has chosen to continue her efforts.

"I was asked by the chairperson Liz O'Donnell to serve another term and the Minister for Transport Eamon Ryan. I feel the RSA together with An Garda Siochána has made huge efforts into making the roads safer especially in the past three years with the new drink driving bill being passed being one close to my heart.

"I am glad to have contributed to those life saving measures being made and look forward to more laws being tightened and enforced in the next three years. I am happy and delighted to serve on the board of directors if it saves another family from suffering the same tragedy we suffered in 2014 with the loss of Ciarán," Gillian Treacy said.