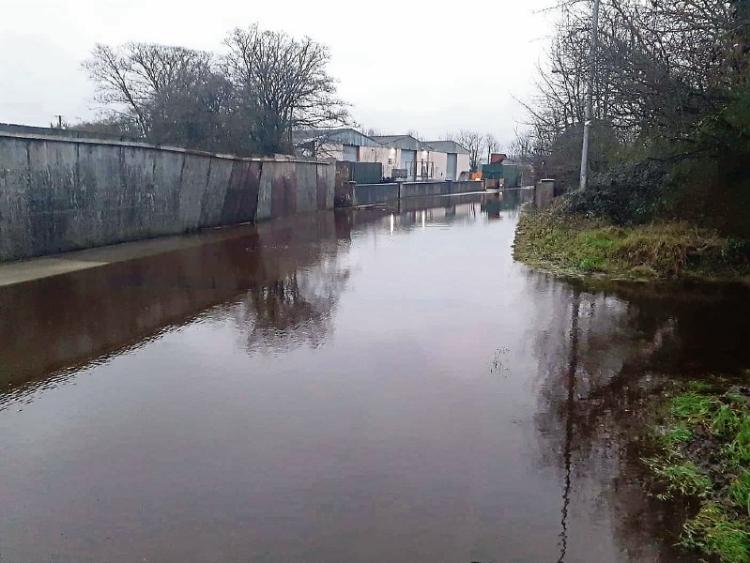 The priciest flood protection scheme in Laois will aim to end repeat floods in its second biggest town of Portarlington.

The first real details have been released for the Laois Offaly border town’s flood relief scheme, expected to cost over €5.6 million.

It is expected to recommend areas of land to be reserved to allow for natural flooding, as well as flood walls and embankments.

A timeline also reveals that it will not start construction until 2023, to be complete by 2024.

The first information newsletter was released this month.

“Portarlington is split by the River Barrow which is a Special Area of Conservation (SAC), including conservation efforts for the restoration of favourable conditions for Salmon.

“Having suffered many previous flooding events, notably in August 2008, winter 2015/16 and November 2017, calls for a sensitive flood relief scheme to be constructed to protect Portarlington from future floods have intensified,” the report says.

Last August 2020, consultant team Black and Veatch and Nicholas O’Dwyer (BV/NOD) were appointed by Laois County Council to develop a scheme to protect Portarlington that is “socially, environmentally, economically, and technically acceptable”.

“The works likely to take place in all areas are hard defences (walls & embankments), improvement of channel conveyance (maintenance & culvert upgrade) with a possibility of increased floodplain storage where appropriate,”

The team has reviewed any previous information including a CFRAM flood map study.

To make up for Covid-19 restrictions, they have a 360-degree camera for virtual livestreamed site walkovers by UK teams.

This year will be spent collecting data such as photos, videos and information. They will also do site surveys and environment surveys, and modelling to understand how the Barrow responds to heavy rain.

In summer the first public exhibition will be launched.

By mid 2022, a detailed plan will have been drawn up. Planning approval is expected to take another year before construction starts in mid 2023, to be operational a year later and fully completed by the end of 2024.

Port's scheme is about a year behind Mountmellick’s €3.2m flood relief scheme, with final plans there to go on public display in March.