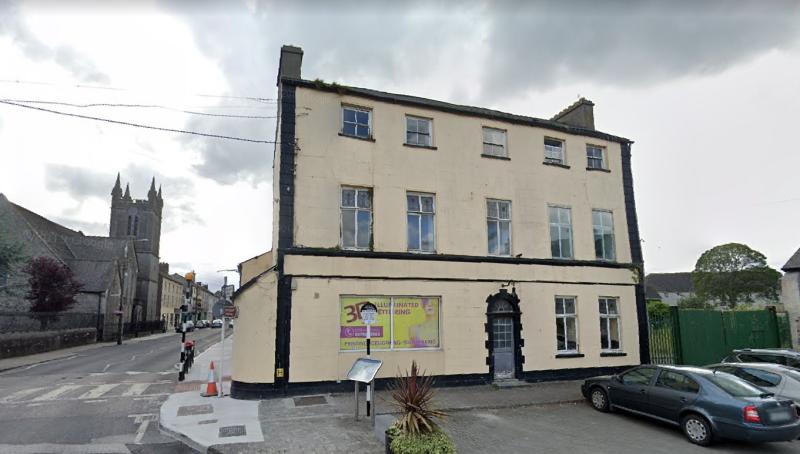 Laois County County Council has given the green light to new houses and apartments in the historic heart of the town.

Planners have given Ormonde Homes Market Square Ltd the go-ahead for the project in an almost derelict building and vacant site off Market Square and French Church Street.

The planning application submitted in August 2020 says the redevelopment of the existing listed building and lands adjacent to the structure. The site is located within an archaeological significance zone which is the subject of a new plan which Laois County Council is seeking public views on at present.

The plan also includes the renovation and change of use of the existing three-storey former hotel that faces onto Market Square. The detached five-bay three-storey Georgian house was built around 1780 and renovated in 1900, with ground floor partly remodelled to accommodate commercial use.

Vehicular entrance and pedestrian entrance will be off Market Square with associated upgrade works along with pedestrian access from French Church Street.

The application said 27 car parking spaces, including 12 spaces for the public, would be provided.

Laois County Council imposed 21 conditions on the Kilkenny based company which is behind the development.

Portarlington Tidy Towns raised a number of concerns during the planning process. On the water supply, the group said there are nights when some homes have no supply.

The development site almost borders the River Barrow but The Tidy Towns letter said the river continues to flood every year and requires attention.

The Tidy Towns said they had grave concerns about traffic management and there have been numerous accidents on French Church Street.

Portarlington's regeneration was recently given a €1 million boost with confirmation that just over €1 has been approved for the heritage-led overhaul of the town's Market House, which is located near the new development, and the Square.

The developers will have to pay €72,000 to Laois County Council in development levies.