Laois path so cracked a 'whole foot' could fit in crevices 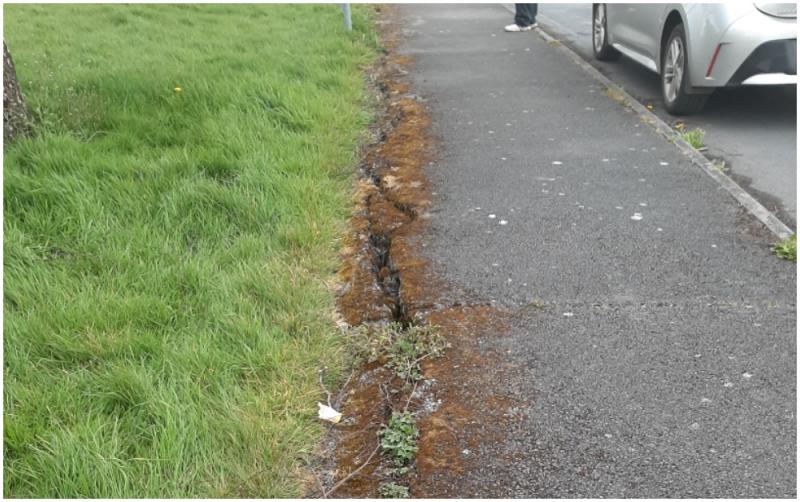 Section of path at the Crann Nua Estate

A footpath in Portarlington had deteriorated so badly that your whole foot could fit into the crevices, a recent council meeting was told.

The issue was raised by Cllr Aidan Mullins who put down a motion asking:  “That Laois County Council repair sections of footpath in Crann Nua Estate, Portarlington, which have subsided or have been damaged by tree roots.”

Cllr Mullins brought photographs of the section of path to the recent meeting of Portarlington Graiguecullen Municipal District.

He said the path had “absolutely horrific sections” with dangerous damage. Describing the damage as unbelievable, he said, “your whole foot could go down into them.” 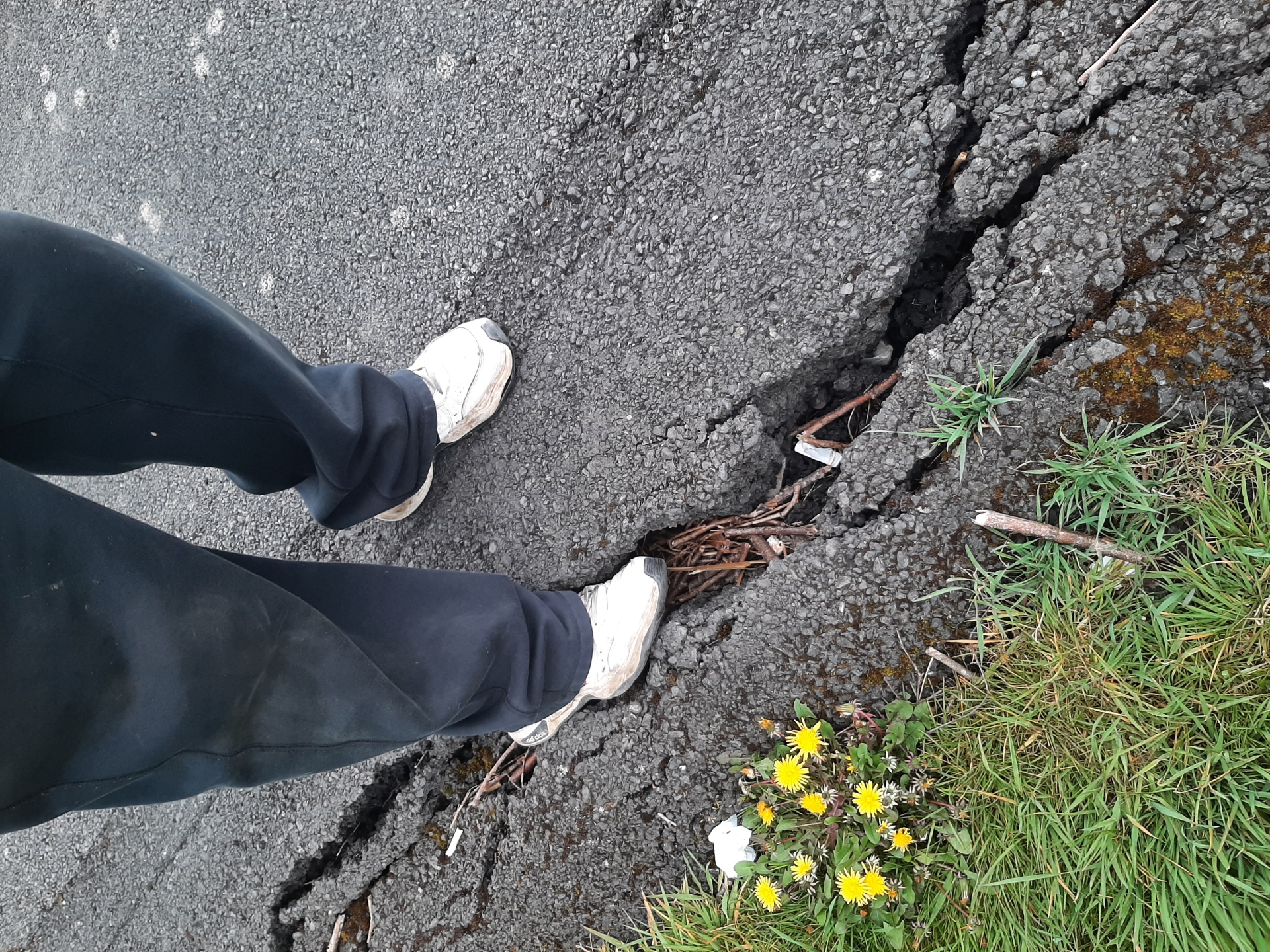 In his response, Senior Executive Engineer Philip McVeigh said, “Laois County Council will arrange to meet with the Elected Member on site to identify the sections of footpath to be repaired and carry out the works as soon as possible.”