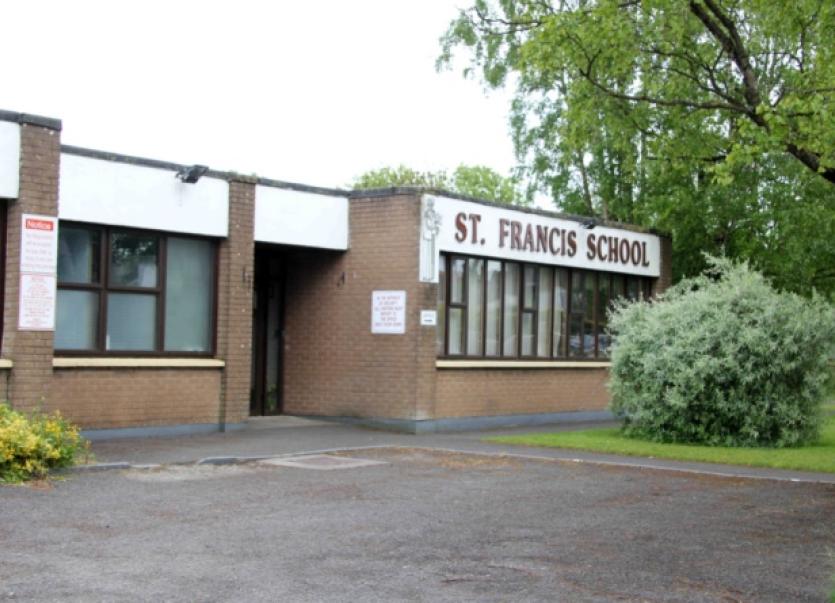 A brand new building for Laois children with learning disabilities has been escalated to ‘rapid build’ status by the Department of Education, to open in a year.
The 94 pupils aged 5 to 19 in St Francis School are to get a new purpose built school by September 2018, according to the Parish Priest Monsignor John Byrne.
At present the pupils are in a poorly insulated, cramped out-of-date building on the Timahoe Road in Portlaoise.
Parents concerned at health and safety of the children, many of whom also have compromised immune systems, have campaigned for the urgent need of a new school for several years.
Msgr Byrne this week confirmed it is to be a 'rapid build' to the Leinster Express.
“The department is quite certain that the school will be finished for St Francis by September 1 2018. It is being built by the ‘rapid build’ process, similar to the Summerhill campus. Our parish schools are taking longer because they are a bespoke build,” he explained.
“It is all happening very quickly now, and I look forward to it opening,” he said.
The new two storey 12 classroom special needs school will be built on the site of St Paul’s NS on the Borris Road, to be demolished.
The school will have, hard and soft play areas outside, a new railing and entrance and 44 parking spaces.
The decision on planning permission, including permission to demolish St Paul’s, is due to be made by Laois County Council on July 25.
St Paul’s will not be vacated until September 1, when the new parish campus at Aghnaharna opens, so its demolition can not begin until after that date.
This leaves less than a year for the new St Francis school building to rise up.
Meanwhile the Aghnaharna campus on Portlaoise southern circular route will house the 1400 pupils of Portlaoise parish’s Holy Family Junior and Senior schools in two 24 classroom buildings which will share a large GP hall. Extensive playing fields will also be installed, funded by Portlaoise Parish.
It has been beset by building delays, and was first due to open in September 2016.
The most recent deadline of June 30 has now exceeded.
“Aghnaharna is not finished yet, but I am confident it will be open for September,” the parish priest said.
Meanwhile demolition work is well underway at the largest primary school in Portlaoise parish, indeed in Laois.
The eight classroom building and 30 prefabs at Scoil Bhride NS in Knockmay are currently being demolished to make way for a new 32 classroom school already built on the site.
The work includes the careful removal of asbestos roof tiles from the old school.
Once the old buildings are demolished and removed, the site will be replaced with new play areas.
The new Scoil Bhride is to open this September for over 800 pupils. It will be the result of a decade long campaign by the parish and school management for a new building.