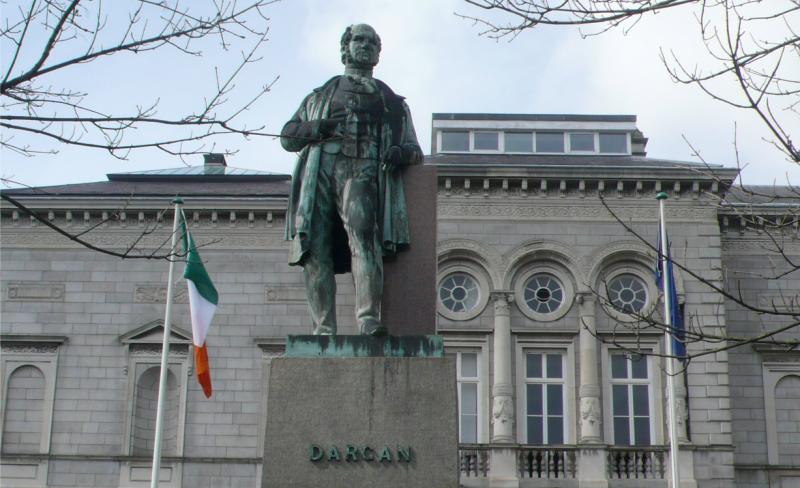 William Dargan's statue at the National Gallery of Ireland

Dargan is believed to have been born in Killeshin to a tenant farming family on the estate of the Earl of Portarlington in 1799.

He went on to design and build Ireland's first railway line from Dublin to Dún Laoghaire in 1833. In total he constructed over 1300km of railway to Irish towns. He was a member of the Royal Dublin Society and helped establish the National Gallery of Ireland, where the recent renovation saw his statue's careful removal and reinstatement. Bridges are named after him in Belfast, Dublin and Carlow.

Portlaoise Tidy Towns and Irish Rail are now celebrating Dargan's Laois birth with a new garden, a plaque and an information board on the history of Dargan and Irish trains, at Portlaoise Train Station.

"The garden is flowering well, and we will install a plaque there later this month," said Cllr Jerry Lodge who is chairman of Portlaoise Tidy Towns.