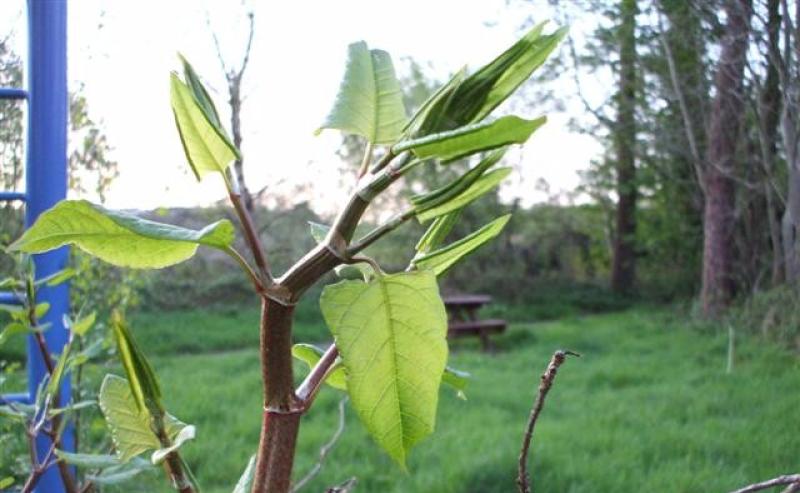 Properties, roads, farmland and wasteland in Laois could be disrupted by the invasive 'alien' Japanese Knotweed plant if it is not treated correctly.

The issue of tackling the weed was brought up at the recent Borris-in-Ossory/Mountmellick Municipal District meeting.

Following a survey of the county, up to 60 locations in Laois have been identified as areas that have the invasive Japanese Knotweed plant present. 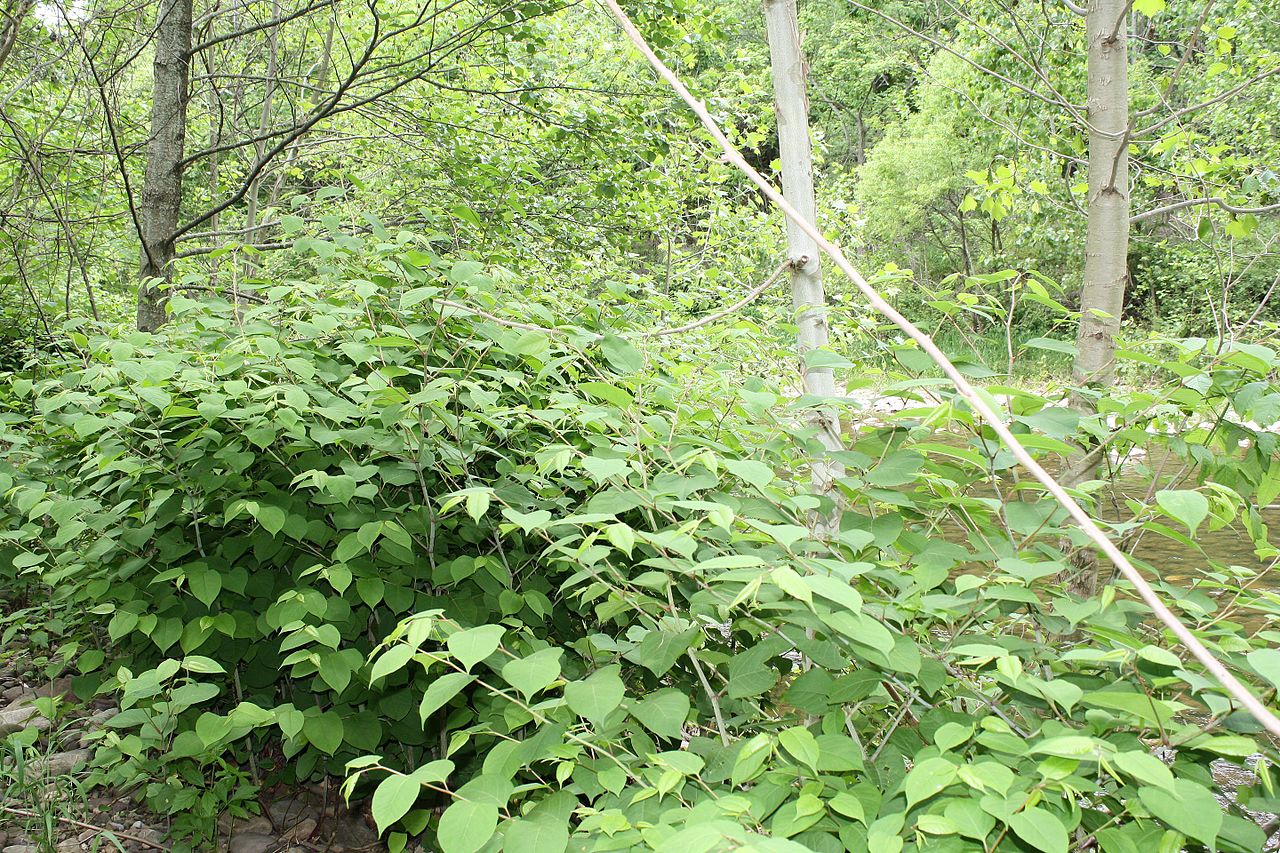 This invasive weed can affect the value of your house and planning permission if it grows under the foundations.

Independent Cllr, James Kelly, has said that he knows people who have been refused planning permission on land where the plants roots have grown three to four metres into the ground.

He said that this weed can add two to three years to the planning of a house.

“If it gets under the foundation of your property it can devalue your house,” he added.

Cllr Kelly has asked that Laois County Council develop a strategy to identify and eradicate the spread of Japanese Knotweed in the county.

He added that people do not know about this problem, especially landowners, and he suggested that Laois County Council hold information workshops to inform landowners of the treatment process and of their responsibility once it is on their land.

“It is important to make people fully aware,” he said. 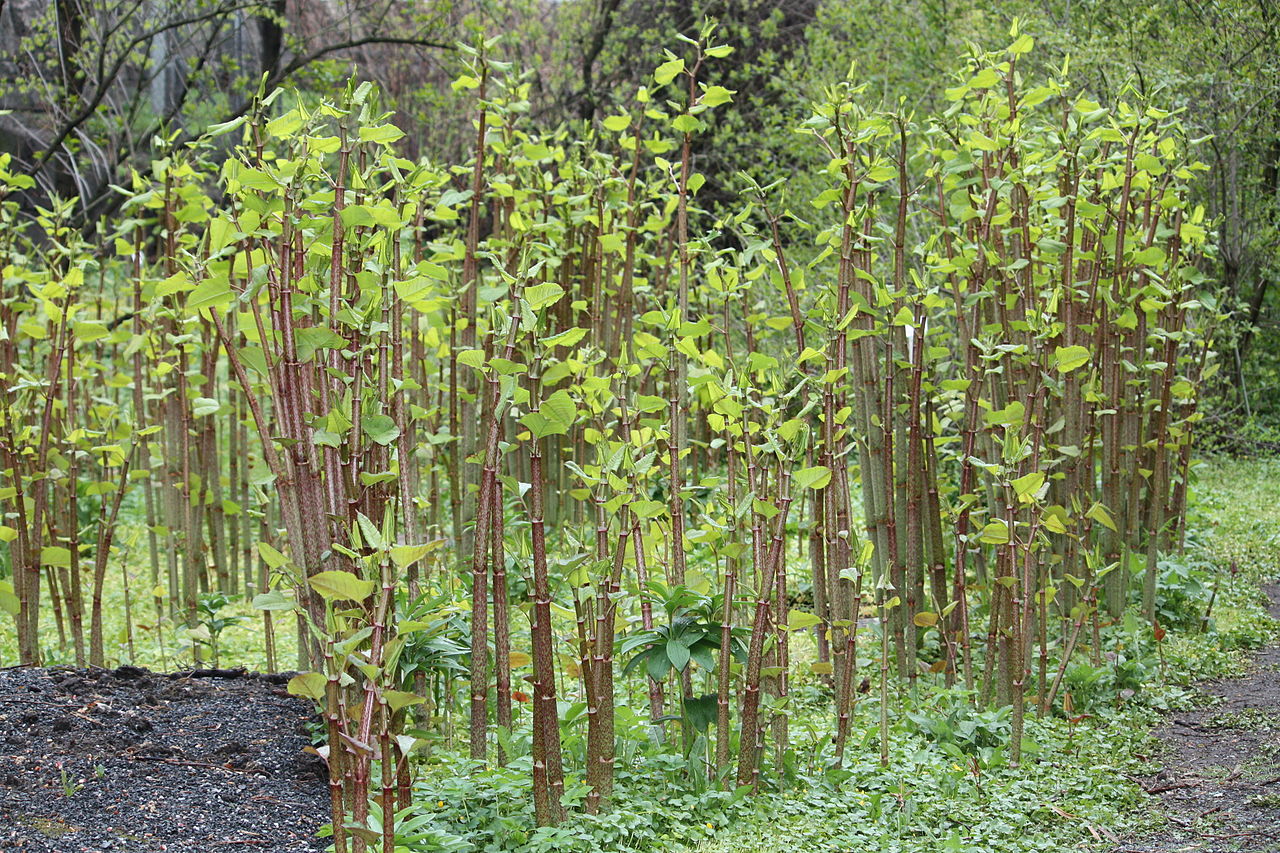 The idea of holding workshops to inform the public and landowners was supported at the recent Mountmellick/Borris-in-Ossory Municipal District meeting but no definite plan has been put in place for these workshops.

Fianna Fáil Cllr, Seamus McDonald, asked that Laois County Council write to landowners adjoining all of the 60 locations identified to alert them to it’s presence and treatment.

“When people see it fenced off and the small signs beside it they won’t be aware that it takes between two and three years to treat it, they don’t know not to cut it and it is going to be a major problem,” he said.

Laois County Council has prepared a Guidance Document for the Identification, treatment and Control of Japanese Knotweed.

Fine Gael Cllr, John King, said that the Department of Agriculture should get involved in the funding of the treatment of the weed as he said it is an agricultural issue.

The weed is spread by cutting it or disturbing the ground around it, not by seed. 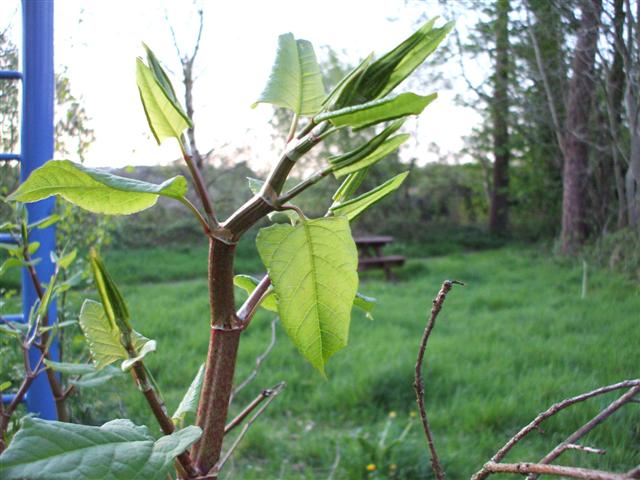 The weed is often referred to as an alien invasive species. The local authority is putting up signs to alert landowners in the 60 locations that have been identified.

It takes between six and eight chemical treatments and ongoing monitoring to get rid of the weed and it cannot be touched in the meantime.

It is an invasive plant and affects native plants, the roots can grow three to four metres into the ground disrupting roads, waste lands and property.

Read more about the treatment of Japanese Knotweed from Invasive Species Ireland here.