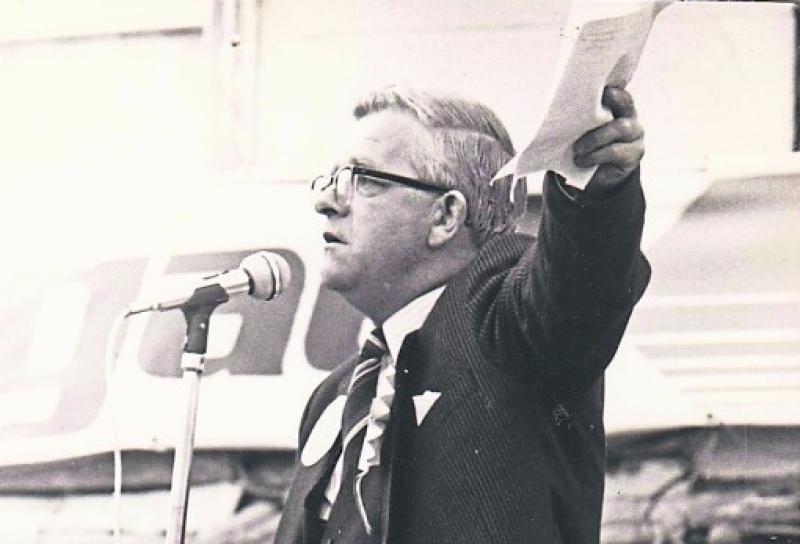 Joe (‘Hesh’) McCormack, who died at the weekend, was an outspoken and colourful Portlaoise public representative for over 20 years.

Truly he was one of the great local characters.

He held the unique distinction of having been the town’s first ever official Mayor, a post created following changes in local government legislation. He filled the post with distinction in 2002/3.

On Portlaoise Town Commission (later Town Council) for 21 years, he contested every local and general election from 1979 until the early 2000s.

In the 1984 bye-election that brought future Taoiseach Brian Cowen into the Dáil, Joe garnered an impressive 11,000 votes.

In later years, when Joe was asked for his opinion of Taoiseach Cowen who was then in political trouble, he replied: “Never kick a man when he’s down.” Then he vowed: “I will be bringing him and Charlie Flanagan to heel.” 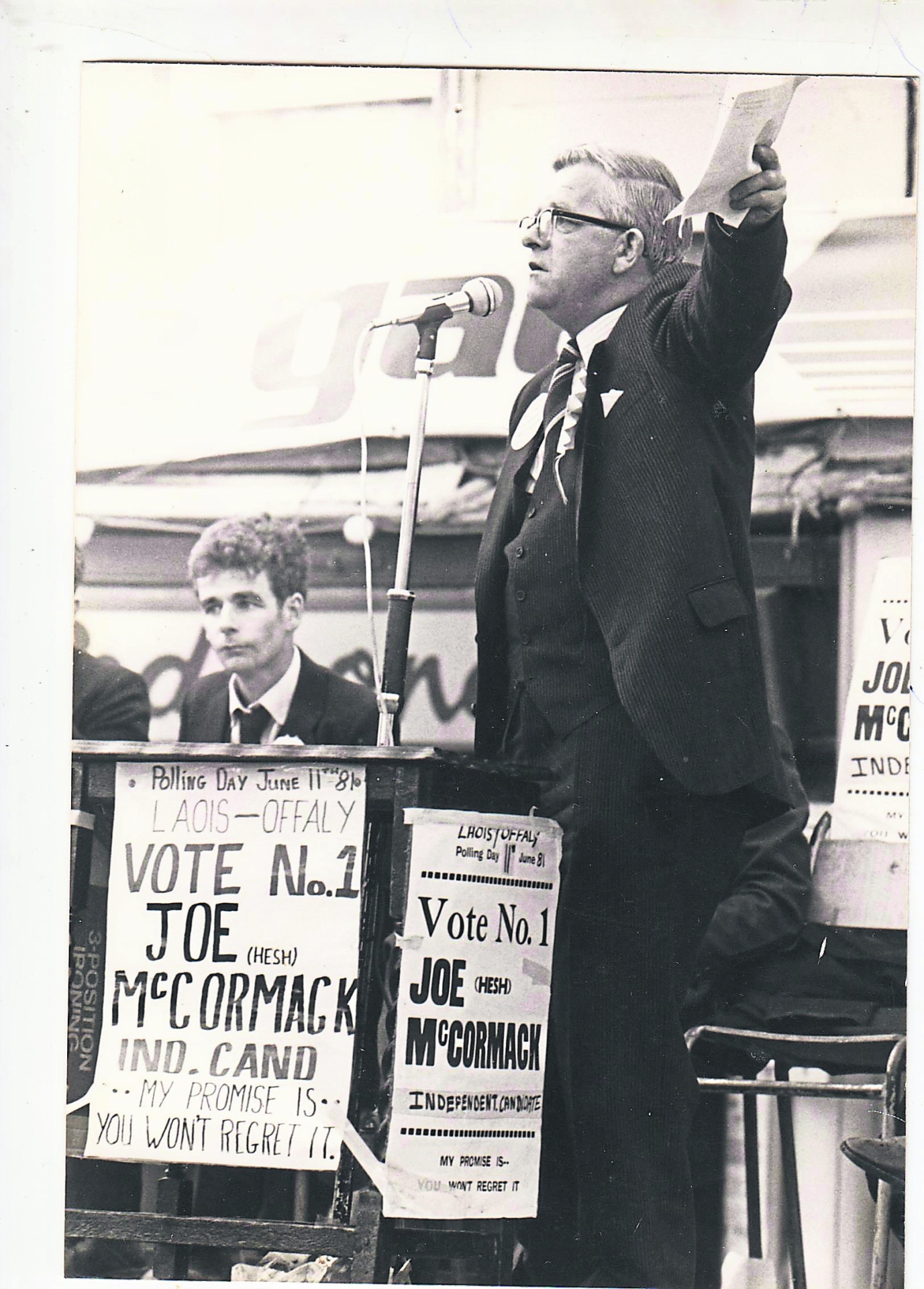 Such comments were typical of Joe. He continued the tradition of having election rallies and crowds gathered in gleeful anticipation of what he would say. In later years, many remarks were attributed to him, most of them probably apocryphal.

To be fair, there was a serious side to him and he had a genuine concern for people, particularly the less well-off. He had a jaundiced view of national politicians: “They are among the richest people in the country.”

Though an Independent, Joe in his youth apparently supported Fine Gael. He would talk of how he had canvassed and shared sandwiches with Tom O’Higgins, TD for Laois Offaly, and later head of the Supreme Court.

Suffering from ill health, Joe retired from public life in 2004. His attempt at a comeback some years later was unsuccessful. 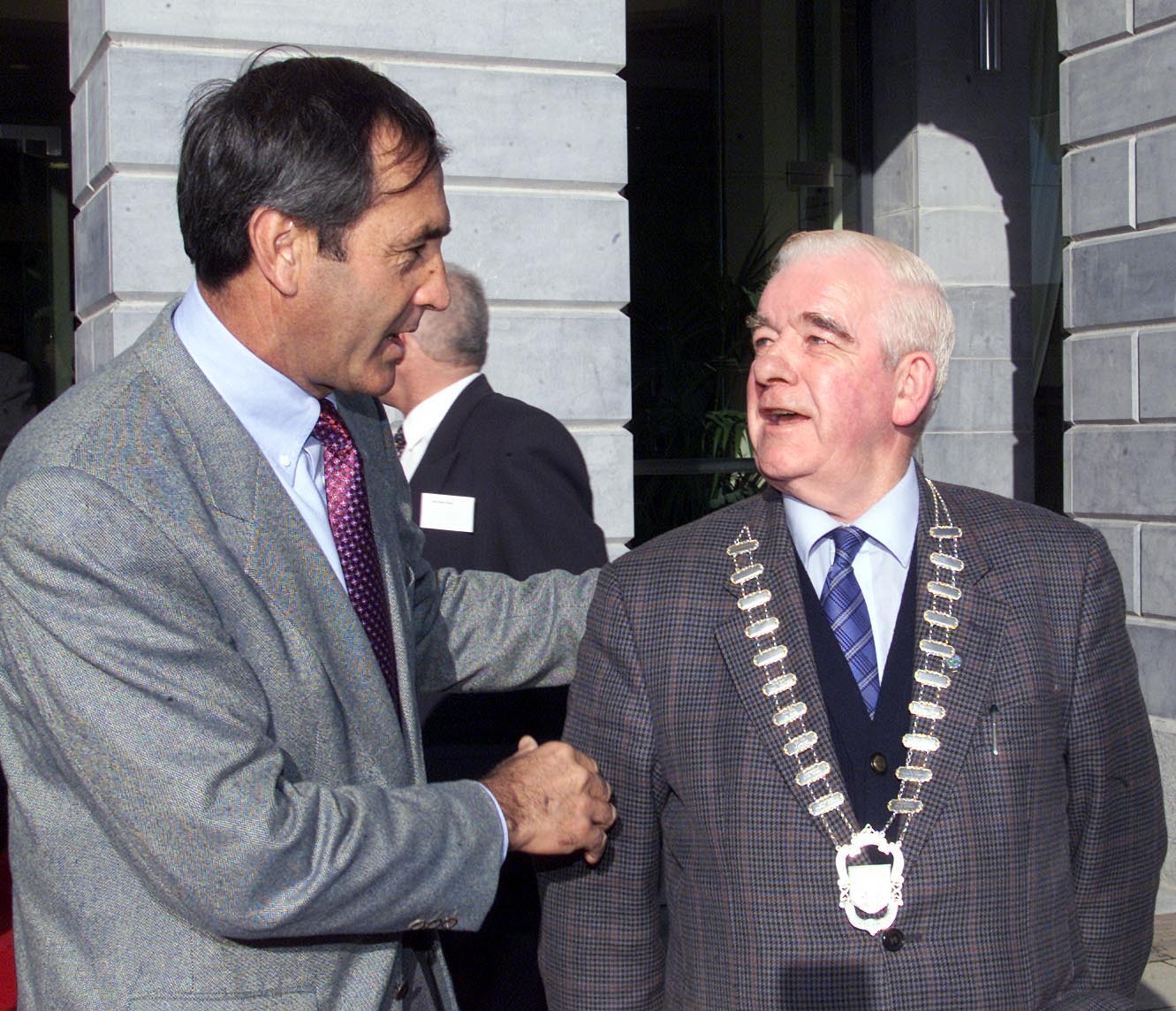 Joe with the late great Seve Ballesteros at the Portlaoise Heritage Hotel.

A man of many occupations, he worked for a period in Britain. Capable of a memorable turn-of-phrase, he was also a gifted musician.

Reared in St John’s Square, he resided at various locations in Portlaoise, including Marian Avenue. He moved to Borris Court in recent years.