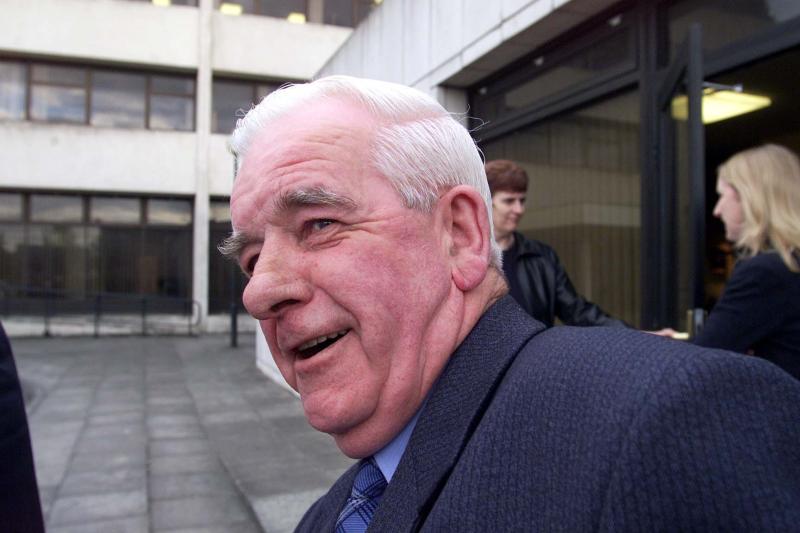 The Minister for Justice and Equality told the Leinster Express that himself and his father Oliver J Flanagan had both been friends with the former town Mayor of Portlaoise who died this week.

"I would like to pay tribute to Joe Hesh McCormack who I knew all my life. He was a great character and was an old style politician. He spent all is life fighting for better conditions for the poor, vulnerable and underprivileged not only in Portlaoise but for the county of Laois. He highlighted many issues and brought many to the attention of the Government.

"I enjoyed old style political banter with the Hesh but he was never a man to hold grudges. After a meeting the Hesh was always first up to say 'nothing personal' and we got on with our business. I enjoyed him - we were friends," he said.

The Mountmellick native concluded by remarking on how proud the Hesh was to be from Portlaoise.

"He was a townie and very proud of it. He wore it on his sleeve," said Minister Flanagan.

"I served on Portlaoise Town Council with Joe "Hesh" McCormack up to 2004. Joe was a passionate public representative and a colourful character.

"He always held firmly to his position on any issue, in particular on religious matters. Hesh is part of a well respected Portlaoise family and I extend my deepest sympathy to them on his passing," said the Sinn Féin TD.

Fianna Fáil TD for Laois said Joe will be sadly missed by his large family and all in Portlaoise town.

"Joe was a well known colourful character who was a major part of life in Portlaoise town throughout his life. He had some great sayings which will live on long after his death and he will be remembered and spoken about fondly by all who knew him personally and those who knew him by reputation for many years to come.

"He was a gentleman and part of the fabric of the town and will be sadly missed," he said.

The Hesh was recalled as 'A loving, compassionate man' at his Portlaoise Funeral Mass celebrated in SS Peter & Paul's Church on Wednesday, October 4.