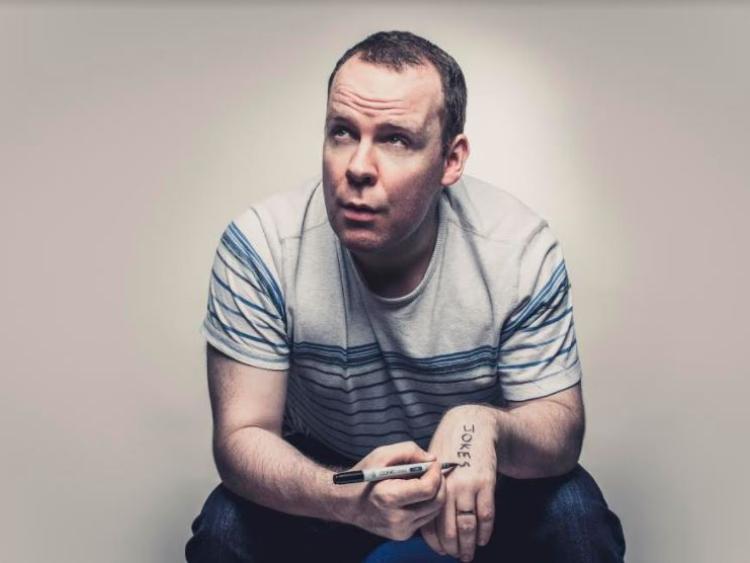 Top Irish stand-up Neil Delamere has announced details of his brand new tour, Butch Cassidy & the Sundance Pensioner, which is coming to the Midlands Park Hotel, Portlaoise on February 23.

Butch Cassidy & the Sundance Pensioner kicks off on 25th November and continues until the end of April, 2018.

The intriguingly-titled Butch Cassidy & the Sundance Pensioner represents a somewhat new approach by the Offaly funnyman.

The show is framed around a single narrative – a day earlier this year when Delamere helped his 82-year-old father deliver the local meals-on-wheels to the elderly, which they had to finish in time for a horse race.

See what's on in Laois here.

While hilariously describing the experience, and the various characters they meet on their outing, Delamere deviates with some uproarious side-stories before bringing everything together in a rewarding finale.

While not an official tribune to his father, ‘Butch Cassidy’ is underpinned by the close father and son relationship. There’s even some recorded comments from Mr. Delamere Senior who, interestingly, has yet to see the show. “He’ll see it when I play Tullamore”, commented the Edenderry native.

#Watch Dermot and Dave rate a bag of chips from Nino's Portlaoise.

A UK critic who saw Delamere perform Butch Cassidy & the Sundance Pensioner at this year’s Edinburgh Fringe wrote afterwards, “It’s a great show because it doesn’t feel rigid at all. It’s a show that has the promise of something fresh and original each night along with his prepared material. The guy is genuinely affable, but funny too – he’s not pandering to anyone; you can see that the act is what it is, a hysterical hour with a hilarious comedian”.

Separate to comedy, Neil is currently honing his acting talents for a three-part drama series for BBC Northern Ireland, details of which will be announced in early 2018.

Neil will also make a welcome return to TV screens this Autumn in the 11th season of the ever-popular topical news and current affairs panel show The Blame Game on BBC Northern Ireland.

Delamere is one of the stars of the show, alongside Colin Murphy, Jake O’Kane and host Tim McGarry. The show regularly gets more audience share than Graham Norton and Delamere is now considered an “adopted northerner” who can sell out successive nights at the Ulster Hall.

"I wouldn’t like people to think that I slag off one side more than the other. It’s important to me that I go to both sides. If you get it right, you’ve probably offended everyone”, commented Delamere.

An accomplished broadcaster as well as comic, Neil is the host of his own hugely-popular two-hour weekend show on Today FM, Neil Delamere’s Sunday Best (Sunday’s on Today FM 11am-1pm). "I’m just trying to make compelling radio. When I listen to radio I don’t necessarily want someone to be funny all the time, as long as they are interesting”, commented Delamere.

Dermot and Dave at The Midlands Park Hotel Portlaoise on Saturday, October 21.