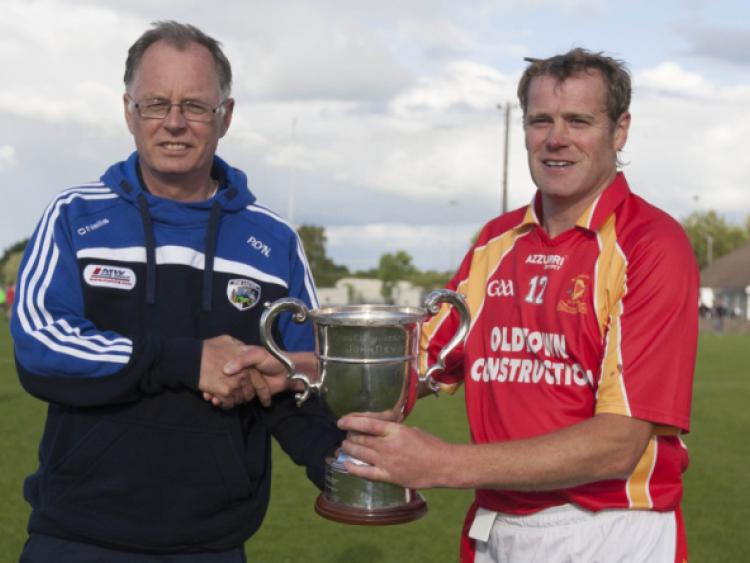 Portlaoise GAA clubman Peter O'Neill is in the running to be the next chairman of Laois GAA.

Mr O'Neill confirmed in recent weeks that he was letting his name go forward to contest the chairmanship at the upcoming convention.

The Portlaoise resident says has served at juvenile and adult level on Laois County Board for the past 15 years and worked alongside previous chairmen, Dick Miller, Brian Allen and outgoing chairman Gerry Kavangh.

He first joined Laois Coiste na nÓg as hurling representative followed by football representative. He went on to be Chairman of Laois Juvenile GAA.

During his time serving underage Gaelic Games in Laois he chaired the organisation of the first Football Féile to be held in Laois in association with Offaly GAA.

He was subsequently elected to the Laois County Board as coaching and games officer followed by vice-chairman for four years. He is presently on the executive as football liaison officer.

Peter is also a Laois referee having refereed hurling, gaelic football, ladies gaelic football, and camogie at all levels. He chaired Laois Referee Association for almost 10 years. He has been involved in playing and training, hurling and football teams at all levels and is very proud of the fact that the last games he played were only a few years ago when aged on the high side of 50 he played both hurling and football for his club Portlaoise.

In 2016 he chaired the organising committee of the largest Hurling Féile every held in Kilkenny and Wexford with 250 teams involved. Two years prior to that he helped organised the Football Féile in Wexford/Wicklow/Carlow with 240 teams participating.

Mr O'Neill says he is aware of the difficulties faced at club level having served as Portlaoise club secretary for eight years. From his time on Laois County Board he says he is well aware of the demands that are involved on the role of chairman but says he is more than willing to leave no stone unturned to build on the strengthening of Laois clubs and recreate the good fortunes of the county's hurling and football teams.

He says the county's facilities will be second to none and be availed of by every player including juveniles. He said he has no doubt but that Laois will have success on the playing fields at all levels in the not to distant future.

The convention takes place on Monday, December 4. The other candidates are Brian Allen and Sean Mortimer.