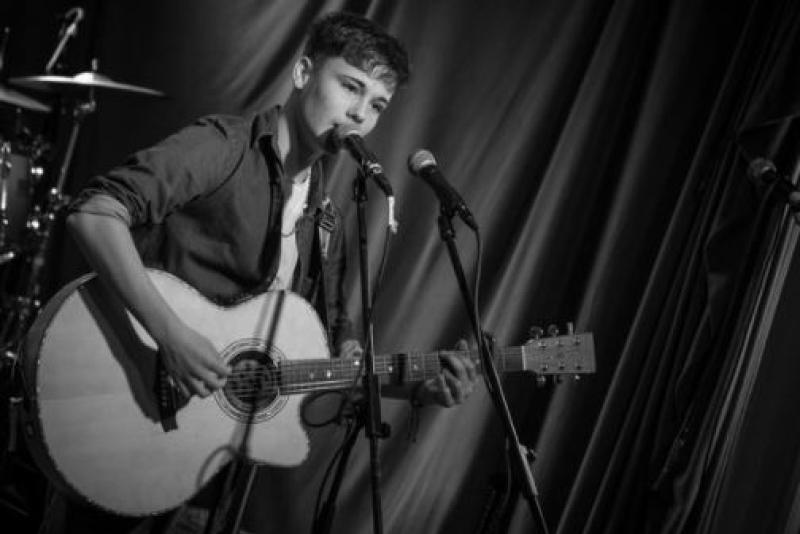 Rising young Laois musician, Curtis Walsh, is 17 years old and carving out a solid career for himself in the Irish music industry.

On November 4, the young man living in Portlaoise added to his list of achievements by winning The Christie Hennessy Song Competition for 2017.

The competition is held by IMRO and Curtis beat off tough competition from nine other acts at the live final.

The Christie Hennessy Song Competition takes place as a tribute to the life and music of one of Tralee’s most famous sons.

The ten finalists were selected from over 200 entries and they performed their original song in front of a live audience and a panel of expert judges.

Curtis performed his original song Perfect Rain which was the big winner on the night. He was awarded €1,000 for this fantastic achievement.

Curtis has been attending vocal workshops with The Voice of Ireland vocal coach Dr.Trish Rooney as a result of winning The Una Healy Music Scholarship programme in 2016.

Fresh from his Electric Picnic 2017 performance, and being the youngest act to be selected for Hard Working Class Heroes Festival in September, Curtis continues to develop his songwriting & performing skills with a number of shows and industry festival events scheduled until the end of the year.

His debut EP is scheduled for early 2018. You can catch Curtis playing local gigs in Portlaoise regularly.

Council contractor who was attacked in a Portlaoise estate had his wrist broken.